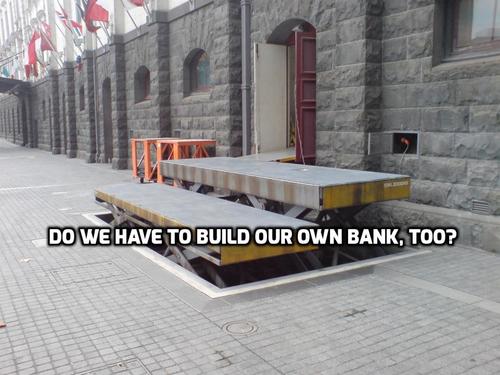 VDARE Radio: Build Your Own Platform?

As you may have heard, “Sargon of Akkad,” a classical liberal who has been making short videos on YouTube and participating in various interviews for years, was recently kicked off the website Patreon. In response to public criticism, Patreon recently doubled down, trumpeting the websites strong stance against quote, unquote, “hate speech”. [Hate Speech on Patreon, by Jacqueline Hart, PatreonHQ, December 17, 2018] Interestingly, the thing that got Sargon (real name Carl Benjamin) banned was using a politically incorrect, okay, very politically incorrect word, to attack the Alt Right. However, he did this ten months ago, suggesting this was just the company seizing on something to ban him, not a good faith response to violating Terms of Service.

Needless to say, there are far more extreme Leftists raising money on Patreon, including with violent calls for revolution. But pointing out the double standards won’t make a difference—it’s not like Patreon doesn’t know what it is defending [Patreon tolerates calls for violence from leftists while demonetizing conservatives, by Allum Bokhair, Breitbart, December 15, 2018]

In response, Sam Harris, once known as one of the “Four Horsemen” of the atheist movement but now better known for his support of free speech causes, announced he is dropping his Patreon membership. He stated of Patreon recent bans of creators:

“While the company insists that each was in violation of its terms of service, these recent expulsions seem more readily explained by political bias. Although I don’t share the politics of the banned members, I consider it no longer tenable to expose any part of my podcast funding to the whims of Patreon’s ‘Trust and Safety’ committee.”

Professor Jordan Peterson is also speaking up against what is happening. Peterson has gotten a lot of criticism for not being aggressive enough in speaking out against deplatforming, but he and Dave Rubin of “The Rubin Report” are apparently planning a new crowdfunding platform. As quoted by The Washington Times:

“I’ve been working on a system to allow authors and other people who engage publicly on intellectual issues to interact more effectively with their readers and viewers and listeners,” Mr. Peterson said. “It occurred to me this week that with a bit of modification that that can serve exactly the function that we’re hoping it could serve. What we’re going to try and do as fast as we possibly can is to set this system up on a subscriber model that’s analogous to Patreon. It will have a bunch of additional features, which I don’t want to talk about right now, and I don’t want to overpromise because the system is new.”

There are several issues with setting up a new platform. As even Jordan Peterson noted, it can’t just be a question of setting up one’s own website, as that’s what Subscribe Star and others have tried to do. But the problem is that if journalists whine sufficiently, Paypal won’t let you use it for the site. That’s what just happened to Subscribe Star, as journalists are bragging about even now. [PayPal shuts Russian crowdfunder’s account after alt-right influx, by Martin Coulter, Financial Times, December 15, 2018]

So really, you’re not talking about setting up an alternative to Patreon. The problem that you need to get around is the question of payment processors. Stripe and PayPal will likely drop any crowdfunding site, and if they don’t the credit card companies will.

They both got deplatformed by payment processors (Stripe & PayPal).

Build an alternative to Stripe/PayPal? Then Mastercard and Visa will get you.

More than that, we have to ask how dedicated Professor Peterson is to free speech. After all, he famously helped deplatform Faith Goldy from a panel on free speech. Will Faith Goldy be allowed on any new site that is set up? If not, where will the line be drawn? Even if they can get around the payment processor issue, will it really be a bastion of free speech?

Ultimately, what is needed is some kind of crowdfunding platform utilizing cryptocurrency or something else that can’t be pulled. Of course, then you might run into problems with people trying to make it impossible to transfer money from cryptocurrency accounts into American dollars or some other currency.

At first it was build your own website. Then your own domain hosting. Then your own payment processor. This may culminate in eventually having to build our own bank. Ultimately, we’ll keep fighting do whatever it takes to keep putting our message out. We wish Rubin and Peterson success in their new venture—and hope it is an advanced for principled free speech, not just speech they like.