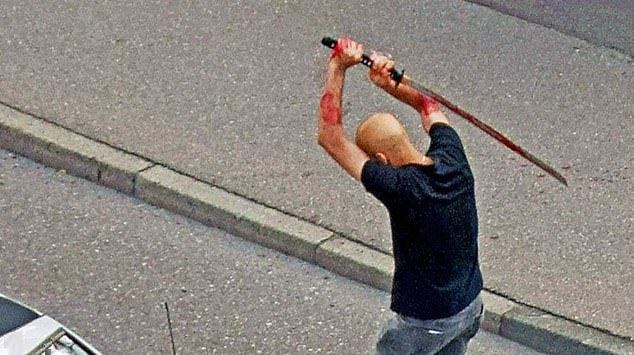 Why Is "New Blood" Such A Moral Necessity?

It’s weird when illegal immigration boosters rhapsodize about "new blood," "new vitality" and "enrichment” like 19th century German romantics praising the barbarians that took down the Roman Empire. Yet you see it over and over again. 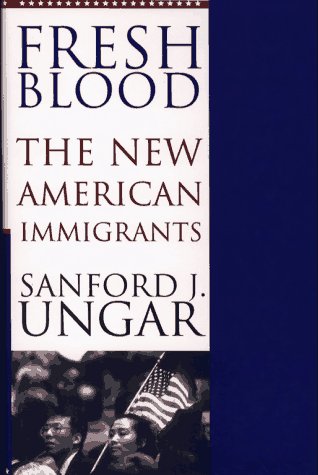 Recall John McCain's downright bizarre comment that "anyone who is afraid that somehow our culture will be anything but enriched by fresh blood and culture, in my view, has a distorted view of history and has a pessimistic view of our future." Race is a social construct and American identity is infinitely malleable, but somehow we also need "new blood" lest we degenerate by some occult process.

A recent article in City Journal is another example of this process. It starts with some great observations.

In headier days, Europe’s leaders dreamed of a multicultural continent, its aging cities saved by millions of new migrants eager to join a stable, prosperous urbanity. This was the promise behind former U.K. prime minister Tony Blair’s Cool Britannia, the multicultural fervor of Herman Lebovics’s Bringing the Empire Back Home: France in the Global Age, and the early enthusiasm that greeted Germany’s refugee influx in 2015—estimated now at 1.6 million.

That dream has faded, with Europeans now opposing new migration by wide margins. Once-peaceful German and Swedish cities have seen a spike in crime, a resurgence of anti-Semitism, and growing political unrest—all associated with the migrant influx. In 2016, Pew Research found that 59 percent of Europeans thought that immigrants imposed a burden on their countries. In addition, less than a third believe immigration has improved their countries, with 63 percent of Greeks and 53 percent of Italians, respectively, stating that immigrants have made things worse in their economically challenged countries. As the British political thinker Kenan Malik acknowledged in a 2015 Foreign Affairs essay, “multiculturalism” has devolved from “an answer to Europe’s social problems” to a fraught reality of “fragmented societies, alienated minorities, and resentful citizenries.”

Yet author Joel Kotkin [Email him] is strangely fatalistic about all this. The problem, he argues, is that these immigrants didn't "integrate," unlike the supposed "melting pot" societies in the "United States, Canada, Australia, and New Zealand." (Someone is not paying attention to recent headlines.) He simply takes for granted that the strange god called The Economy must Grow in order to assimilate these newcomers, whose arrival is taken as a matter of course.

In one unintentionally amusing passage, he remarks, "Many countries favored by immigrants, notably Germany, have among Europe’s lowest economic-growth rates, while the fastest-growing countries—like Hungary and Poland—are also ones with strict immigration restrictions."

It's almost like there could be a connection between those things...

Europeans are reconsidering, with good reason, the multicultural future being thrust on them. Their dilemma: how to handle the developing world’s inevitable migration pressures while dealing with their own continent’s dismal demographic picture, the result of decades of low birthrates.

The disparity between Europe, even in its present weakened state, and its neighbors to the south seems certain to boost migration.

This is a reflection of what Steve Sailer calls the World's Most Important Graph, showing the massive growth in the sub-Saharan African population. The author ignores Sailer's commonsense suggestion to the problem, that the EU fulfill its intended purpose and defend the common frontiers of the Continent.

Also, Kotkin simply takes for granted that European populations will decline and birthrates can't be increased. Again, it's as if there is no possible connection between the policies that governments are forcing down the population's throat and the inevitable social and demographic outcomes.

Ultimately, Europeans will be compelled to learn how to attract promising migrants and successfully absorb them. This means promoting, rather than relinquishing, their own cultural and political traditions. Yes, the continent needs new blood, but it cannot remain a center of modern civilization if it abandons its past, its family structure, and its values.

But why does Europe need "new blood"? What metaphysical necessity is there? What kind of self-loathing society takes it as a commandment it must replace itself? Europe needs more of its own children.

Furthermore, if Europe's current "values" have led it down the path to demographic extinction and replacement, what good are they? Why would the conquering newcomers accept such degenerate values? A society pleading for newcomers to "assimilate" has already lost the battle. Assimilation only takes place from a place of cultural strength, not weakness.

The column is worth reading but disguises an obvious truth. A culture is created by a particular people. Without that people, the culture dies. Without Europeans, there is no "Europe," and no European culture, traditions, or values. The European landmass just becomes another extension of Africa.

Nations that want to survive see their children as their future. Nations that are dying try to dump the burdens of existence on their replacements. To go back to the Roman Empire example, the Romans tried to get the Germans to do their fighting for them, and instead ended up losing their Empire to them. Similarly, if Europe thinks Africans and Arabs will end up paying their pensions, they won't just lose those pensions, but their (and our) entire civilization.