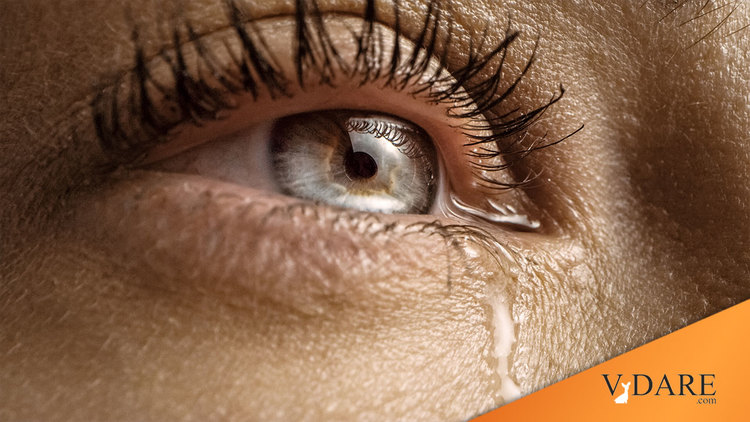 Why Is Everything “Eye-Watering“ Lately?

From a New York Times op-ed about Italian politics:

Economic growth flatlined across the past two decades, while eye-wateringly high public debt has forestalled efforts to revive the country’s fortunes.

I see “eye-wateringly” all the time lately, with apparent meanings like “surprisingly” or “shockingly,” such as:

Holidays in the UK have always been eye-wateringly expensive.

In June, petrol was the main culprit again, rising by more than 20p a litre and making transport costs eye-wateringly high for the owners of cars, trucks and trains.

But while “eye-watering” sounds bad, sometimes it is good:

And if eye-wateringly beautiful jungles and beaches leave you cold, then here are the other countries offering digital nomad visa schemes for remote workers.

Can't load tweet https://youtu.be/eg0Q69sQUVE: Sorry, that page does not exist

Which became an even bigger Thing in SpongeBob SquarePants:

Can't load tweet https://youtu.be/sTwrdSR9P3E: Sorry, that page does not exist

“Eye-poppingly” is still around, although it’s being displaced by “eye-wateringly.” From CBS News in Minnesota this week:

I mean, 1.8% is an eye-poppingly low unemployment rate.

Or from Bleacher Nation:

He’d been performing well in the minors by the stat line, though not eye-poppingly so.

“Eye-wateringly” sounds like one of those Fleet Street Britishisms like “jab” that have infiltrated the U.S. media, perhaps because the Daily Mail and The Guardian don’t have paywalls.

Checking the use of the two terms in books, yes, “eye-wateringly” is a recent Britishism: and has recently displaced the Americanism “eye-poppingly”: