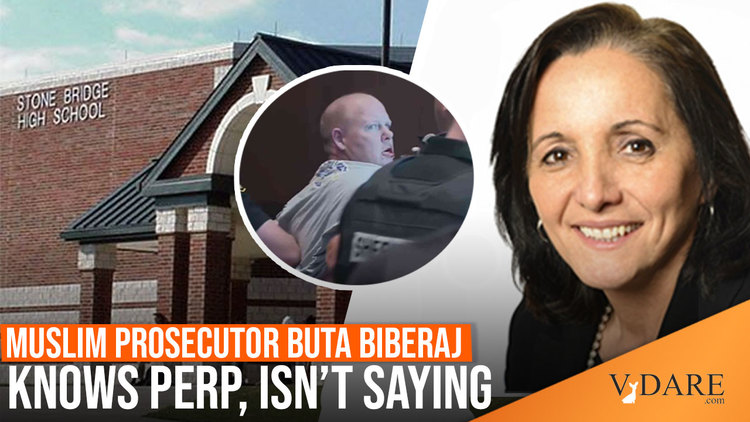 What Was The Race, Nationality (And Immigration Status) Of Teenage Boy Alleged To Have Committed Rape In Loudoun County High School?

The teenager who allegedly assaulted Scott Smith's daughter (and later, another teenage girl) is unidentifed as to race in the Daily Wire story about the assault [Loudoun County Schools Tried To Conceal Sexual Assault Against Daughter In Bathroom, Father Says, by Luke Rosiak, Daily Wire, October 11, 2021]. That's in spite of the fact that his name is known to the Daily Wire, which reported on his second alleged offense.

“A teenager from Ashburn has been charged with sexual battery and abduction of a fellow student at Broad Run High School. The investigation determined on the afternoon of October 6, the 15-year-old suspect forced the victim into an empty classroom where he held her against her will and inappropriately touched her,” it said.

A government official told The Daily Wire the name of the student. It was the same name as the boy who allegedly assaulted Smith’s daughter.

Smith is quoted in the Wire story as saying

“My wife and I are gay- and lesbian-friendly,” Smith told The Daily Wire. “We’re not into this children transgender stuff. The person that attacked our daughter is apparently bisexual and occasionally wears dresses because he likes them. So this kid is technically not what the school board was fighting about. The point is kids are using it as an advantage to get into the bathrooms.”

The Wire also says that Smith (and Loudoun) aren't racist:

Smith grew up in the area “when it was farms and cows and rednecks and we drank beers and smoked pot and got along with everyone. There was no white and black issue. We all got along,” he said. To this day Loudoun has no inner-city areas whose problems are the impetus for places like San Francisco to adopt far-left policies; black families in Loudoun have a median income of $112,000. It is, for the most part, just a lot of regular, two-parent suburban households.

Of course, they have integrated schools, and this particular high school, Stone Bridge,  is a good, and usually fairly safe one, only 7 percent black, and 12 percent Hispanic, according to GreatSchools: 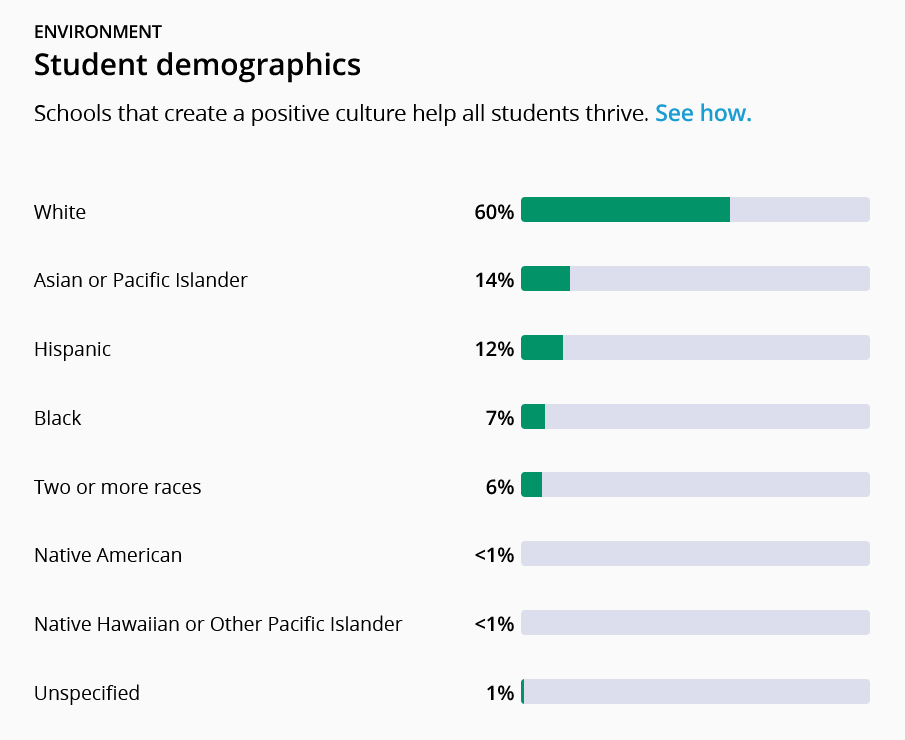 Loudoun County, like the rest of Virginia, has been battered by immigration. Wikipedia says

If we're being stereotypers, we might characterize a teenager declaring himself bisexual and going to school in a dress as a white thing.

However, if we're being stereotypers, we might also say that this, given disparate crime rates, was more a black or Hispanic thing:

It might even be an illegal alien thing, like the rape of an American girl by two illegals in a Rockville, MD school bathroom in 2017.

The thing is, if identities are withheld by authorities, but known to the press,  that means that the press, especially allegedly conservative online press like the Daily Wire,  has a responsibility to say the race of attacker and victim. But they won't.