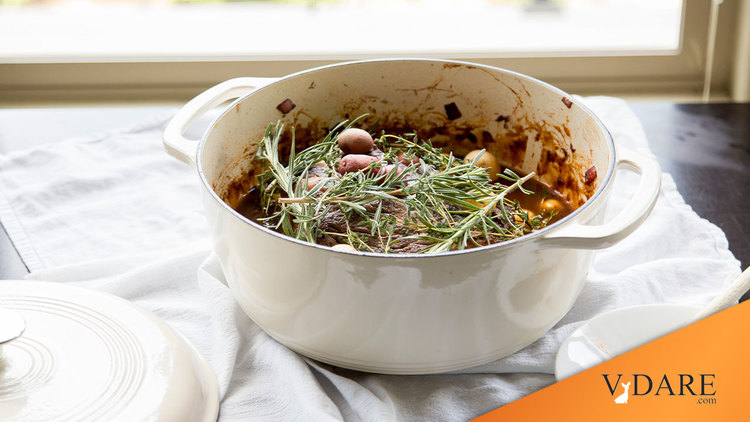 Anglo-Saxon Kings Made Sure to Eat Their Vegetables, Study Shows

Contrary to popular belief, the ruling classes gorged on meat only on rare occasions, according to an analysis of more than 2,000 skeletons buried during medieval times.

Anglo-Saxon kings have long reigned in the popular imagination as rapacious meat lovers, eagerly feasting on thick slabs of mutton and beef, washed down with copious amounts of mead and ale.

It appears, however, that their diet leaned more toward vegetables, cereal and bread, according to a study that was published this month in Anglo-Saxon England and could undermine the menu choices at modern-day restaurants that claim to replicate medieval times.

“There is no sign that elite people were disproportionately eating more meat,” Tom Lambert, a historian at Sidney Sussex College at the University of Cambridge and one of the study’s two authors, said in an interview on Wednesday.

“When they were not having these big public feasts,” he said, “they were eating a vegetable broth with their bread like everyone else was.”

The findings are based on an analysis of more than 2,000 skeletons whose remains were buried in England from the fifth to 11th centuries.

A chemical analysis of the bones suggests that meat was an occasional treat and was usually consumed at large feasts that were attended not only by members of the ruling class, but also by commoners, who provided the food, said Sam Leggett, a bioarcheologist at the University of Edinburgh and the other author of the study, which has been peer-reviewed.

OK, that’s interesting, but keep in mind that the 6th to the 11th centuries in England, the subject of this study, were more or less the impoverished Dark Ages. The Anglo-Saxon elite was wiped out in 1066.

In contrast, the 12th and 13th centuries, not covered in this analysis, were the more prosperous High Medieval Era that shapes most of our conceptions of feudal banquets (e.g., Errol Flynn’s Robin Hood would have taken place in the 1190s when King Richard the Lion-Hearted was off on the Crusades) and left us the remarkable Gothic cathedrals.

As a French monk write during the transitional 11th century, “It was as if the whole world were shaking itself free, shrugging off the burden of the past, and cladding itself everywhere in a white mantle of churches.”

The pre-industrial world tended to be at risk of the Malthusian Trap (although it tended to manifest itself less on a daily basis than during crisis years). England, though, had fairly strong central government from an early point, which helped cut down on its number of crisis years.

On the other hand, I’d hardly be surprised if the real rise in consumption of the roast beef of Merrie Olde England followed the Black Death in the mid-1300s reducing the Englishman per acre ratio. England’s last truly awful famine was in 1315-1317.

Historian Ronald Hutton argues that most of the cultural practices that people talk about when they talk about medieval Merry England are from 1350-1520.