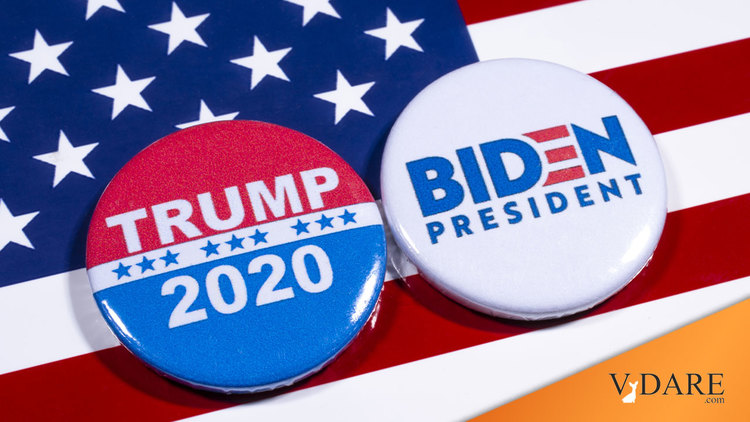 WaPo: Polls Screwed Up Historically In 2020

Earlier: Pfizer Rescued Biden By Shutting Down Its Vaccine Trial Until The Day After Election, But Biden Stabs Them In The Back Anyway

Public opinion polls in the 2020 presidential election suffered from errors of “unusual magnitude,” the highest in 40 years for surveys estimating the national popular vote and in at least 20 years for state-level polls, according to a study conducted by the American Association for Public Opinion Research (AAPOR).

The AAPOR task force examined 2,858 polls, including 529 national presidential race polls and 1,572 state-level presidential polls. They found that the surveys overstated the margin between President Biden and former president Donald Trump by 3.9 points in the national popular vote and 4.3 percentage points in state polls.

Polls understated the support for Trump in nearly every state and by an average of 3.3 percentage points overall. Polls in Senate and gubernatorial races suffered from the same problem.

“There was a systematic error that was found in terms of the overstatement for Democratic support across the board,” said Josh Clinton, a Vanderbilt University political science professor who chaired the 19-member task force. “It didn’t matter what type of poll you were doing, whether you’re interviewing by phone or Internet or whatever. And it didn’t matter what type of race, whether President Trump was on the ballot or was not on the ballot.”

The polls did a better job of estimating the average support for Biden, with a few exceptions. In general, support for Biden in the polls was 1 percentage point higher than his actual vote.

An AAPOR task force conducted a similar examination after the 2016 election. Then, national polls generally accurately predicted the size of Hillary Clinton’s popular vote victory over Trump, but state polls proved more problematic, causing many analysts at the time to predict wrongly that Clinton also would win an electoral college majority.

In the new study, task force members were able to rule out a series of reasons that might have caused the 2020 polls to show a bigger margin for Biden over Trump than the actual results. That included some of the problems that affected polling in 2016, such as the failure in that year to account for levels of education in the samples of voters.

But the task force members were not able to reach definitive conclusions on exactly what caused the problems in the most recent election polls and therefore how to correct their methodology ahead of the next elections. “Identifying conclusively why polls overstated the Democratic-Republican margin relative to the certified vote appears to be impossible with the available data,” the report states.

Perhaps the single most consequential decision based upon polls saying that Biden would win was Pfizer’s decision in late October 2020 to shut down until the day after Election Day their lab from processing evidence from their world-historical vaccine clinical trial in order to not have to announce that Trump’s vaccine-focused Covid strategy had achieved spectacular efficacy. After all, according to the polls Biden was likely to be President for the next four years and both Biden and Harris had been promoting anti-vaxx Fear, Uncertainty, and Doubt all fall, so why peeve them by announcing that Trump had been right that vaccines would save us?

I pointed out on November 11, 2020 that the Pfizer executive in charge of the vaccine clinical trial had admitted that Pfizer had shut down lab testing in late October until the day after election day, but Trump supporters tend to be anti-vaxx, so who cares about that?

If Pfizer had announced, as they had publicly committed to doing, on the day before the election that their vaccine was sensationally effective, would that have switched 5/8ths of one percent of the vote from Biden to Trump?

Maybe, maybe not. But if it had, it would have switched AZ, WI, GA, and PA to Trump, giving him the Electoral College.