The Republican nomination for the Virginia governor’s race was contested earlier this month. Businessman Glenn Youngkin was the winner in the convention that used “ranked choice voting” to decide a winner. As I noted in a recent VDARE article, Amanda Chase, a candidate and Virginia state senator who had taken many brave stands on issues such as the January 6th “Stop The Steal” protest, BLM/antifa terrorism, Confederate statues and Columbus Day, is part of a small but growing number of pro-white politicians who do not back down when accused of “racism.” The move from a primary to a convention was widely viewed as a ploy by GOP elites to prevent her from winning the nomination. It worked as Chase placed third in the convoluted voting.

Glenn Youngkin is not one of these pro-white  politicians, but a surprising pushback against critical race theory (CRT) in Virginia may well force him—and Republicans—to confront the anti-white racism behind this theory that has found its way into many public (and private) schools.

Loudoun County, where I hang my hat, is an unlikely place to see pushback of any kind against racial orthodoxy. I wrote about my neighbors back in 2013 and not much has changed since then. But a pushback is exactly what has happened. Parents in Loudoun have organized a group called Parents Against Critical Theory (PACT) that has attracted national attention. While no American Renaissance, the daily posts from the group are hard-hitting and leave no doubt as to the perniciousness and anti-white nature of CRT.

Perhaps sensing an opportunity, Youngkin campaigned against CRT and even listed it second on his campaign flyer (see below). Chase wanted to go further and defund schools who teach CRT, which is a very good idea that Youngkin should campaign on. 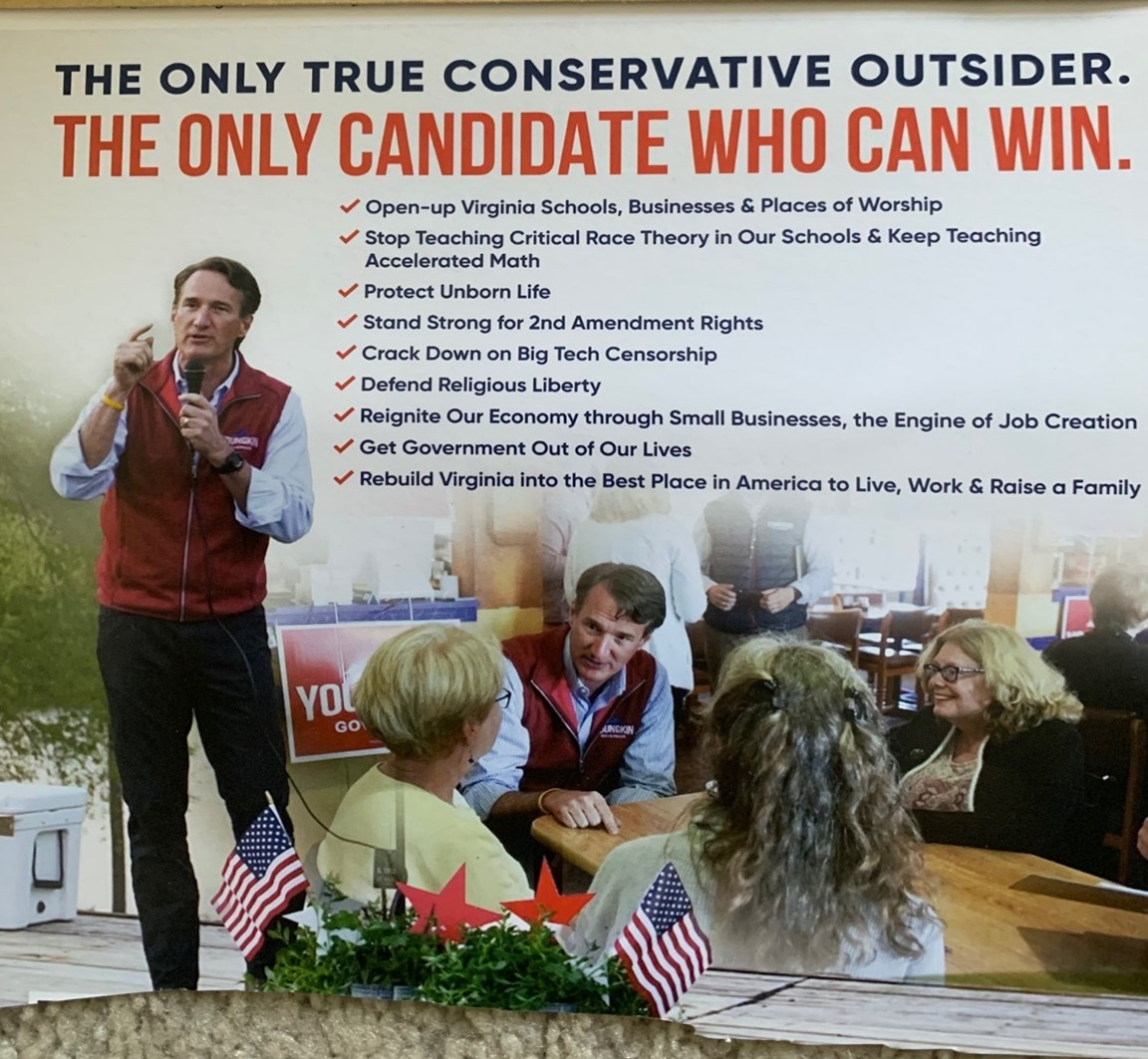 The Virginia GOP is happy to report that this year’s slate of candidates is the most diverse ever, with black woman Winsome Sears winning the race for Lieutenant Governor. She is a Trump supporter and also campaigned against CRT (see below). 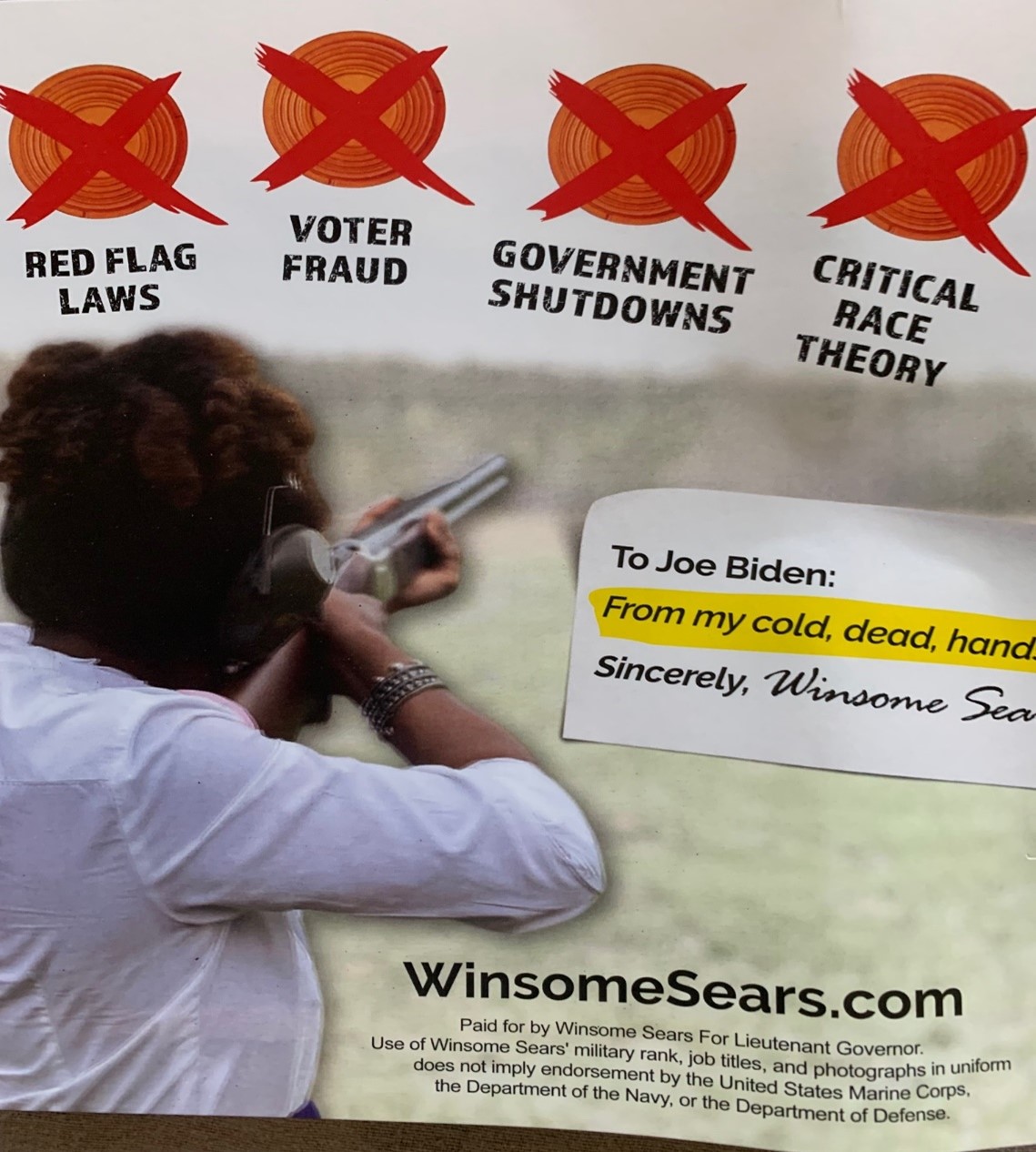 Jason Miyares won the race for Attorney General. He is a white Hispanic whose parents came here from Cuba, like Ted Cruz and Marco Rubio, and thus does not really add to the "diversity" of Republicans 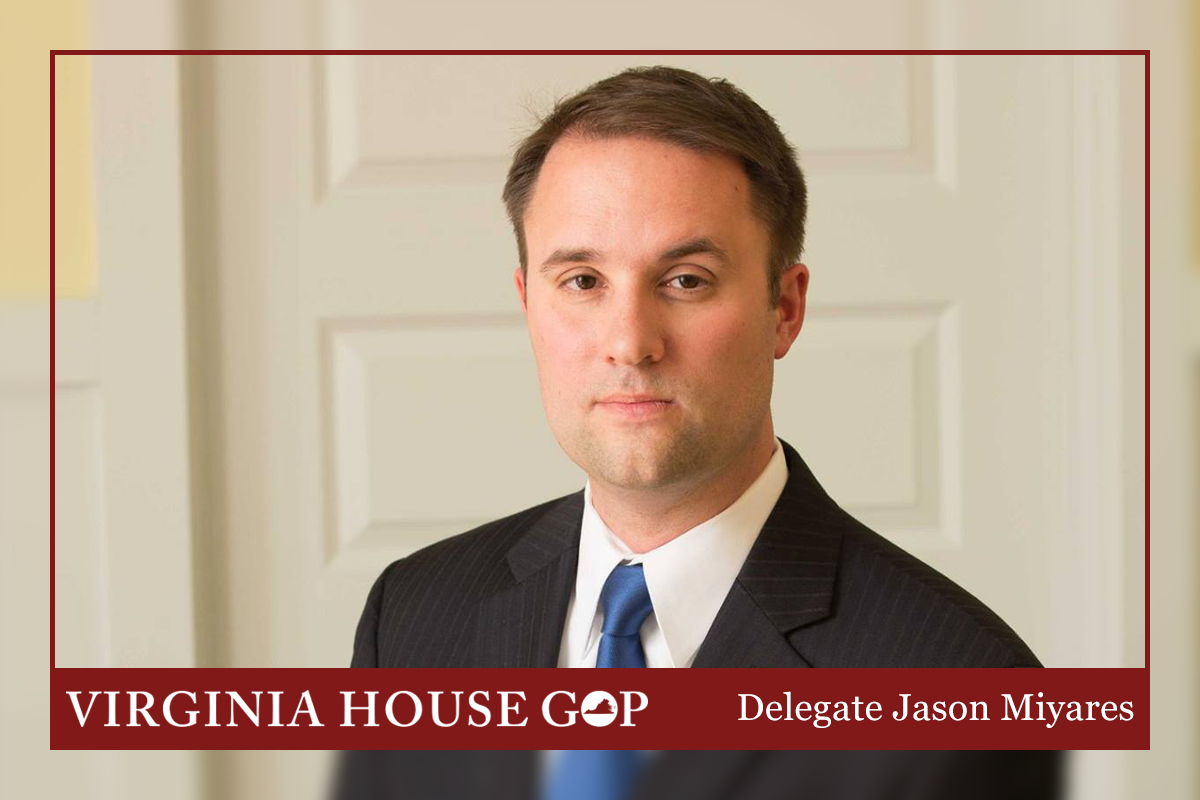 I cannot find his stance on CRT but a press release from likely Democratic opponent Mark Herring accused Miyares of being “anti-civil rights” and “anti-criminal justice reform.” We can only hope.

Of course, there is every possibility that Youngkin will back down when confronted about CRT by the media. He is a Republican after all. As CEO of The Carlyle Group, he also gave a donation to the Southern Poverty Law Center, a far-left and anti-white extremist group. Youngkin claims it was an oversight.

Or perhaps Republicans see an issue that can put them back in play in an increasingly blue state? And if it can make them competitive again in Virginia, it would certainly help rally the GOP in the rest of America.

I will be sure to watch this campaign and report on it for VDARE. The 2021 Virginia governor’s race will tell us a lot about the future of politics in the U.S.