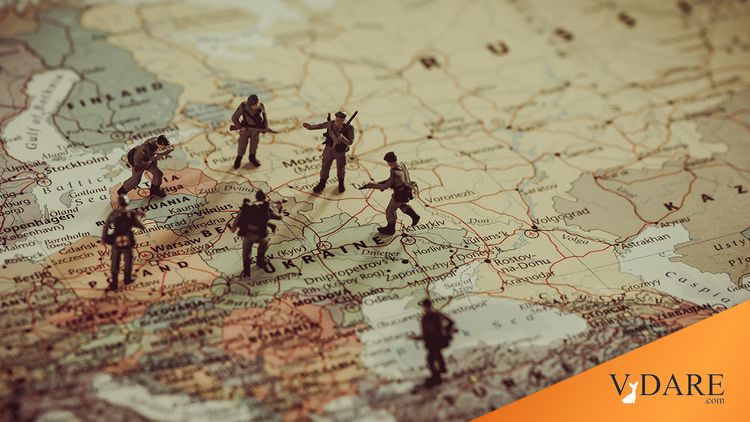 US Border Patrol Deploying To Poland For “Operation Ukraine Support”

Despite the ongoing conflict at the U.S. southern border, Biden ordered Customs and Border Protection agents to Europe to assist those fleeing from the Russian invasion.

“The Office of Field Operations is seeking volunteers to assist with the possible evacuation of U.S. citizens, lawful permanent residents, and their immediate family members from Ukraine,” the memo reads.

“Eligible employees who volunteer for this situation may be selected to serve a temporary duty assignment in Poland to facilitate travelers for entry into the U.S., to include providing guidance and problems resolution to other government agencies,” it continues.

The memo says volunteers must be ready to deploy within 2 or 3 days of selection, and plan for approximately one month’s work overseas. It also offered a COVID-19 mitigation strategy in which workers must either have natural immunity or a COVID-19 vaccine.

The Border Patrol actually has an Office of International Affairs (INA). I've heard of Agents getting assigned to Canada and Mexico. That's logical as we have an actual border with those two nations. However, I also know of Agents who got assignments to London, England, and to Poland. There were several Agents deployed to Iraq in the wake of Operation Iraqi Freedom.

Despite Ukraine's situation deteriorating, I fully expect many Agents will be putting in for these positions.

It will get them off of diaper duty, they will get a good deal of per diem money, and they are not likely to wind up as front line troops. Now, what they will be doing there is another matter, and if their help will do any good at all is debatable. Our Agents were deployed in Iraq ostensibly to show them how to secure their border. Since our own border gets breached daily by thousands of people, we probably should be taking lessons from foreign countries on how to secure a border, not the other way around. I guess the hubris of thinking we know better is still strong.

I can recall back in the early 2000s, we would give border tours to Border Guards from other countries, the various Tajikistan, Uzbekistan and the various other countries in the region. Most other countries use their military to secure their borders. Due to the lack of personal hygiene exemplified in many of these foreign nations, they collectively came to be referred to as Stinkistan by some of our Agents.

My colleague asked the Ukrainian what happens if you do in fact try to catch the illegal alien, but the alien simply outruns you. We frequently encountered fit Mexican teenagers, and our often out-of-shape Agents were not going to run them down in brush (areas where you can drive up on them are another matter). The Border Guard looked surprised and responded, "You shoot."