Andrew Sullivan is away, but David Weigel is doing his blogging for him, and, according to the Lonewacko blog, he's just as bad.

Weigel [Bashing the Buchanan book on the Time Magazine blog] "Have Arizona, California, and the rest of the Southwest become less American or less loyal?" 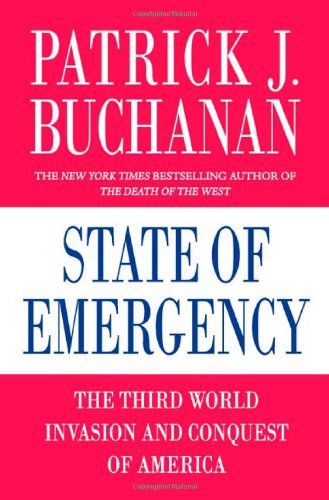 Lonewacko: "Apparently he missed all those Mexican flags when all those hundreds of thousands of foreign citizens were marching in our streets demanding rights to which they aren't entitled, and all those politicians who act more like Mexican agents than elected U.S. representatives."

Then there's the usual attack on Peter Brimelow, for not wanting his son to be discriminated against.

This seems to drive people crazy, for some reason. Oh, and a guy who's posting on

A) Andrew Sullivan's blog B) Reason's Hit and Run blog

refer's to us as "the VDARE.com sanitarium." If you're not a regular reader of either, you'll have to take my word for it; that's funny.

From the Time blog:

"Can anyone point me to the border towns where democracy has collapsed, supplanted by Latin American-style caudillos?"

I remember reading somewhere about a small border town in California that had been essentially taken over my Mexicans. A mayor was elected who was previously a mayor in Mexico and he brought all the political practices standard in a Mexican town. That is, he covered for drug operations and intimidated political rivals with violence.