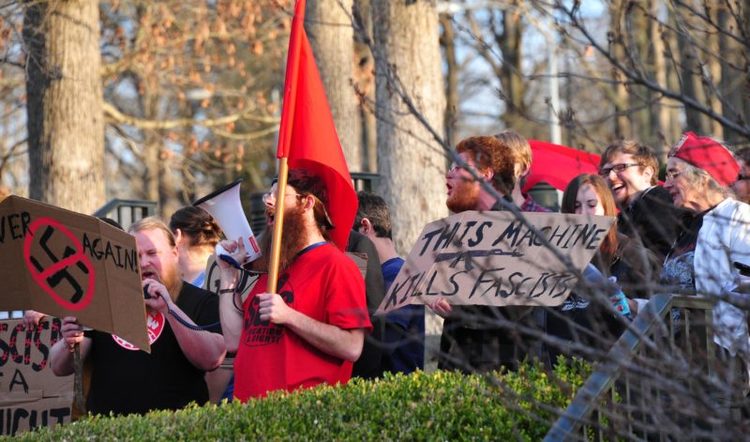 "This Machine Kills Fascists"— AMERICAN RENAISSANCE Conference Is Not A Hate Group, It's A Hated Group

In World War II the words "This Machine Kills Fascists" would be seen on lathes and drill presses, to remind defense workers that even if they couldn't get overseas, the weapons and equipment they were making would help win the war. Communist Folksinger Woody Guthrie, who thought folk-singing would help win the war, pasted a sticker like that on his guitar. 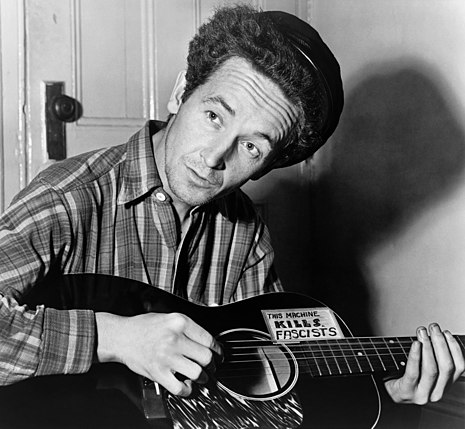 Guthrie was a Communist, of course, so if there hadn't been a breach in the Hitler-Stalin Pact, he would have needed a sticker that says  "This Machine Kills Imperialists"—I. E. the Allies, not the Axis.

However, speaking of Word War II, the anti-fascist, anti-hate group protesters seem to think that the machine that kills fascists is an AK-47(pictured) or an RAF Lancaster bomber—the sign that says "Repeat Dresden" is particlularly despicable.

These people are hating American Renaissance for ideological reasons. See the sign at the bottom saying "Fascism is a thought not worth thinking."

This stuff is laughable, but contains the potential for actual danger—the Tinley Park Attack was committed by people like this, and  Floyd Lee Corkins, who shot up the Family Research Council, was inspired by the SPLC.

Once again, it shows that American Renaissance is not a hate group, it's a hated group.