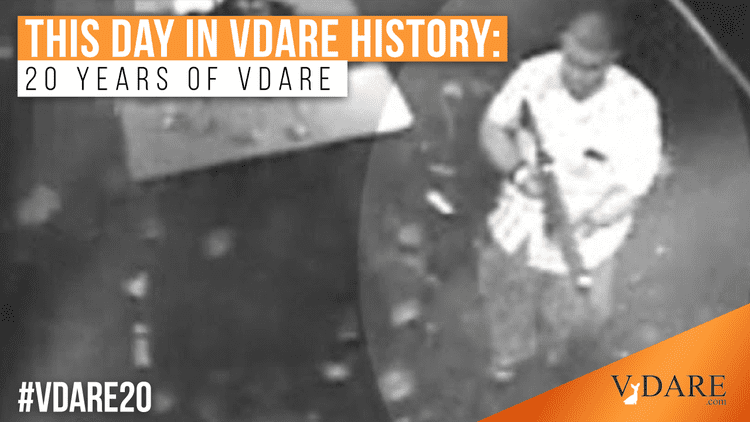 This Day In VDARE.com History, 2016: NYT: Why You Republicans Are Guilty of Murdering All Those People in Orlando

… Omar Mateen shattered the tenuous, hard-fought sense of personal safety that many gay, lesbian, bisexual and transgender Americans have begun to feel as the movement for equality has made significant gains in recent years. His bullets and the blood he left behind that early morning were a reminder that in many corners of the country, gay and transgender people are still regarded as sinners and second-class citizens who should be scorned.

While the precise motivation for the rampage remains unclear, it is evident that Mr. Mateen was driven by hatred toward gays and lesbians. Hate crimes don’t happen in a vacuum. They occur where bigotry is allowed to fester, where minorities are vilified and where people are scapegoated for political gain. Tragically, this is the state of American politics, driven too often by Republican politicians who see prejudice as something to exploit, not extinguish.

You can read the whole thing there.

If I do text searches on the NYT Editorial, I come up with: