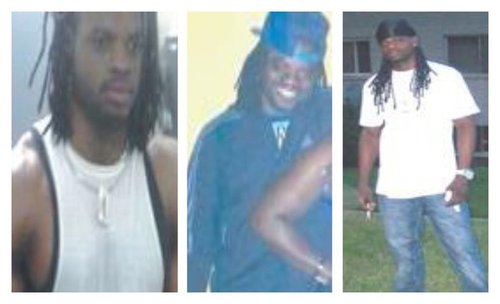 After a multistate manhunt, authorities tracked the suspect in the deaths of a wealthy D.C. family and their housekeeper to a motel parking lot, trailing him and four others through a meandering route before arresting the emotionless ex-convict, officials said.

Police have not detailed why Daron Dylon Wint — a welder who once worked for the victim — would want to kill 46-year-old Savvas Savopoulos; his 47-year-old wife, Amy; their son, Philip; and housekeeper Veralicia Figueroa. Three of the four had been stabbed or bludgeoned before their bodies were found in their burned mansion May 14.

Wint, 34, was arrested about 11 p.m. Thursday and is charged with first-degree murder while armed, D.C. police and the U.S. Marshals Service said. He was expected to appear in D.C. Superior Court on Friday afternoon...

The Savopouloses lived in a $4.5 million home in Woodley Park, where mansions are protected by fences and security systems and local and federal law enforcement officers are a constant presence, in part because Vice President Joe Biden's official residence is nearby [Ex-con who worked for rich family arrested in their deaths, by Ben Nuckols, Associated Press, May 22, 2015].

Mark Steyn wrote that one measure of civilization is how easily you can protect yourself from a society's "snarling underclass" [In the Absence of Guns, American Spectator, June 2000]. One of the key problems with American society is that our upper class deliberately imports a violent lumpen-proletariat from other nations, as if to taunt American workers with their presence.

Unfortunately for the Savopoulos family and their housekeeper, even an expensive housekeeper and security system can't protect you entirely from societal rot. And if we accept Steyn's definition, our civilization is barely worthy of the term.