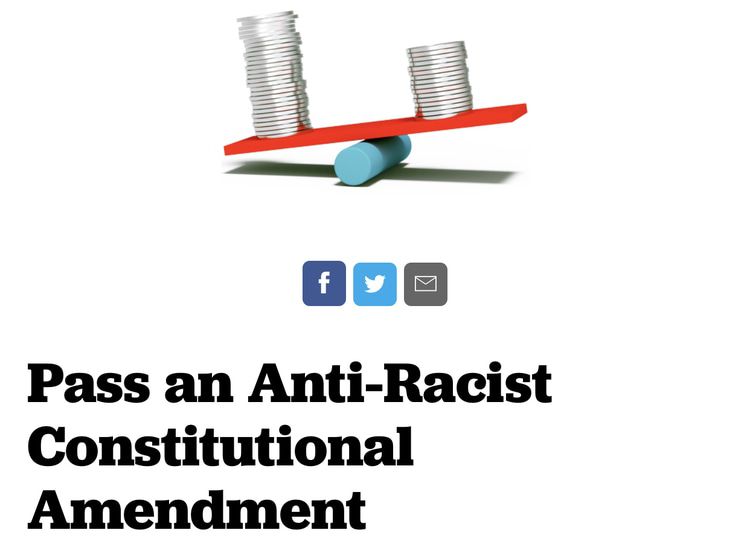 Ibram X. Kendi is a professor of history, director of the Antiracist Research & Policy Center at American University, and author of How to Be an Antiracist.

To fix the original sin of racism, Americans should pass an anti-racist amendment to the U.S. Constitution that enshrines two guiding anti-racist principals: Racial inequity is evidence of racist policy and the different racial groups are equals. The amendment would make unconstitutional racial inequity over a certain threshold, as well as racist ideas by public officials (with “racist ideas” and “public official” clearly defined). It would establish and permanently fund the Department of Anti-racism (DOA) comprised of formally trained experts on racism and no political appointees. The DOA would be responsible for preclearing all local, state and federal public policies to ensure they won’t yield racial inequity, monitor those policies, investigate private racist policies when racial inequity surfaces, and monitor public officials for expressions of racist ideas. The DOA would be empowered with disciplinary tools to wield over and against policymakers and public officials who do not voluntarily change their racist policy and ideas.

Or the Supreme Court in 2021 can just read all this into the existing Constitution.