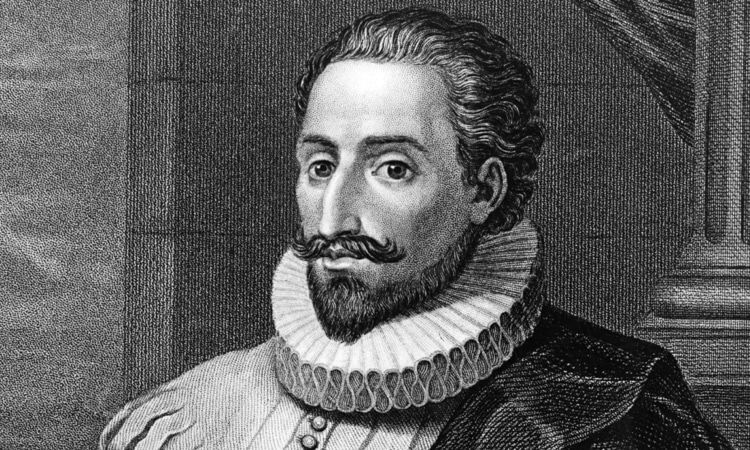 In Golden Gate Park in San Francisco, the monument to Miguel de Cervantes, author of Don Quixote, is defaced in the name of social justice:

You lost your f^** minds, you fools! pic.twitter.com/vTqLhV54lH

In early September 1575, Cervantes and Rodrigo left Naples on the galley Sol; as they approached Barcelona on 26 September, their ship was captured by Ottoman pirates, and the brothers taken to Algiers. Rodrigo was ransomed in 1577, but his family could not afford the fee for Cervantes, who was forced to remain. Turkish historian Rasih Nuri İleri found evidence suggesting Cervantes worked on the construction of the Kılıç Ali Pasha Complex, which means he spent at least part of his captivity in Istanbul.

By 1580, Spain was occupied integrating Portugal, and suppressing the Dutch Revolt, while the Ottomans were at war with Persia; the two sides agreed a truce, leading to an improvement of relations. After almost five years, and four escape attempts, in 1580 Cervantes was set free by the Trinitarians, a religious charity that specialised in ransoming Christian captives, and returned to Madrid.

What good has it done the world to invent the novel if the inventor was a white man?

Cervantes was a white Christian who commanded a skiff at the Battle of Lepanto, so his accomplishments are a humiliation to everyone else.