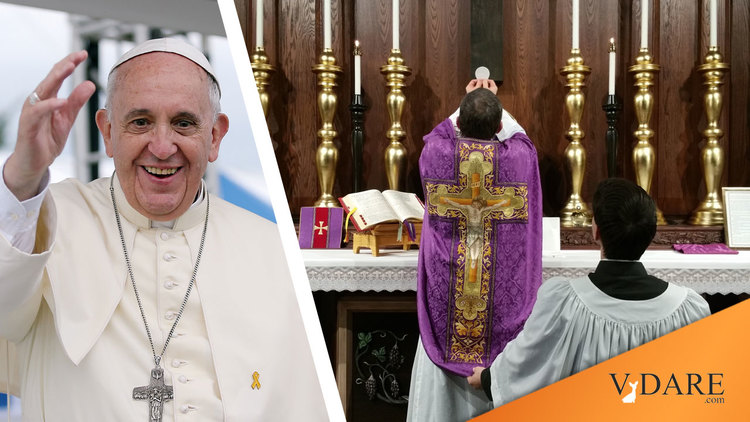 The Latin Mass Was And Is The Solution To The Problem: Which Is The Vernacular?

Reports that the Italo-Argentinian Pope Francis is trying to crush the use of the Latin Mass reminds of the old question—old since Vatican II in 1962, but probably faced by the early Church, which is why there was a Latin Mass in the first place—in a multicultural country, which is the vernacular?

Peter Skerry wrote for the Brookings Institute in in 2002

If your friends and colleagues are like mine, they tend to orient their domestic travel plans around cherished ethnic restaurants. So do I. But many carry their enthusiasm a step further, seeing the extraordinary variety and quality of ethnic cuisine now available in the United States as evidence of the unalloyed benefits flowing from our racial and ethnic diversity. I call this syndrome “sushiology.”

For a more nuanced view of the profound demographic changes sweeping the United States, talk to a priest in a typical Catholic parish in southern California. The priest might, like the rest of us, wax poetic about his favorite local ethnic restaurants. But he will also note the daunting problems of, say, putting on Sunday mass for parishioners who speak English, Spanish, Vietnamese, and Tagalog. Should there be a separate mass in each language? Or should masses be multilingual, with different parts in various languages? Whichever he chooses, someone will feel neglected. And in any case, he must find priests with the needed language skills. [Beyond Sushiology: Does Diversity Work?, Brookings, December 1, 2002] 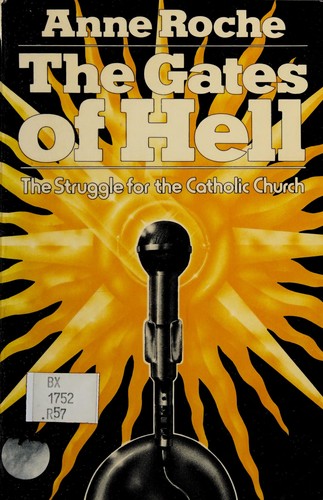 Canadian conservative Catholic Ann Roche Muggeridge wrote in her 1975 book The Gates Of Hell: The Struggle for the Catholic Church [p. 184]

The use of the vernacular in the Mass is a vexed question.

The argument for the retention of Latin in the Roman Rite usually centres on its symbolic value in representing the universality of the Church. Certainly, the Catholic Church lost much of its internationalism with the introduction of vernaculars. The travelling Catholic used to feel at home in Mass all over the world. Assisting at the familiar Mass in France or Italy gave one the heart-lifting feeling of being a full citizen of the Catholic world which the advent of the vernacular destroyed. I feel uneasy, an outsider, in Catholic churches in French Canada for the first time. A young Catholic I know, having attended a folk Mass in a French church in northern Ontario, responded to his mother’s “How was Mass?” by the rude but accurate “Oh, it was just a Frog Mass.” Sure it was; it’s a WASP Mass in Toronto and a wog Mass in Lisbon. The abandonment of Latin has exacerbated all the ugly old regional and national chauvinisms.

People tend to speak of The Vernacular, as if it were a sort of super-Latin, released from the old Roman Catholic taint. In actuality, of course, there are thousands of vernaculars, and the choice of one over the other as the liturgical language is always a source of conflict. In India, in Belgium, in French Canada, it contributes to political and racial differences. In Mexico, choice of Spanish as The Vernacular excludes millions of Mexicans who speak only the major Indian tongues or, one of the hundred or so dialects. Worse, it implies the ascendancy of the Spanish-speaking element over the others.

Tom Piatak reports some American Bishops are behaving with more fortitude than Bishops usually do—the chapter on Bishops in The Gates of Hell is entitled "Shepherds And Crooks".

The picture shows a smiling Nelson Perez, now the Archbishop of Philadelphia, next to Cardinal Burke:https://t.co/AyYpUyUMAW

You see the problem: Canada is officially bilingual, as is Belgium, and Switzerland FIVE official languages, but Mexico only has one.

The US has no official language, but if the US Conference of Catholic Bishops decided that all Masses in the US were to be in English, that might be workable, but what they do instead is have separate Masses in foreign languages for each immigrant community.

For example, in New York, Our Lady of Pompeii Church (Carmine Street and Sixth Avenue) has separate masses in Italian, Portuguese and Filipino. They specify that the Portuguese is of the Brazilian variety, but fail to specify which of the 120 to 187 native languages of the Philippines they're using. (It's probably the official Filipino language, which is a standardized version of Tagalog, but in the Philippines they do have Mass in the other languages.)