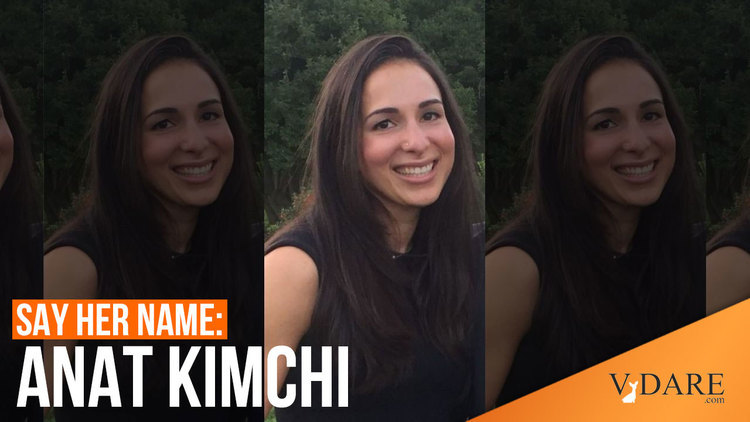 No mention of the memorable human interest angle in Axios’s write-up of a new academic study in Criminology:

Black Americans are more likely to get federal life sentences than whites or Latinos, a new study has found.

Why it matters: The analysis, published recently in Criminology, further illustrates the racial disparities of federal sentencing at a time when advocates are pushing for sentencing reforms for nonviolent offenders.

Details: An examination of more than 366,000 offenders convicted and sentenced in 90 federal district courts from 2010 to 2017 found racial disparities around life sentences targeting Black offenders. (The research excluded offenses related to immigration law.)

What they’re saying: “Two out of three people serving life terms are defendants of color, and some believe that life sentences are fraught with racial bias,” Brian D. Johnson, a University of Maryland criminology and criminal justice professor who led the study, said in a statement.

Here’s the original paper from Criminology:

Alongside capital punishment, sentences to life without the possibility of parole are one of the most distinctive aspects of the American system of criminal punishment. Unlike the death penalty, though, almost no empirical work has examined the decision to impose life imprisonment. The current study analyzes several years of recent federal sentencing data (FY2010–FY2017) to investigate underlying sources of racial disparity in life without parole sentences. The analysis reveals disparities in who receives life imprisonment, but it finds these differences are attributable mostly to indirect mechanisms built into the federal sentencing system, such as the mode of conviction, mandatory minimums, and guidelines departures.

Findings are discussed in relation to ongoing debates over racial inequality and the growing role that life imprisonment plays in American exceptionalism in punishment.

And then there’s this human interest bit:

‡ This article is dedicated to the memory of our colleague and collaborator, Anat Kimchi, who tragically died after the manuscript was accepted for publication. Her contributions to the article were invaluable and she will be sorely missed by many.

Oh, yeah, that’s who poor Anat Kimchi was. From CWBChicago: 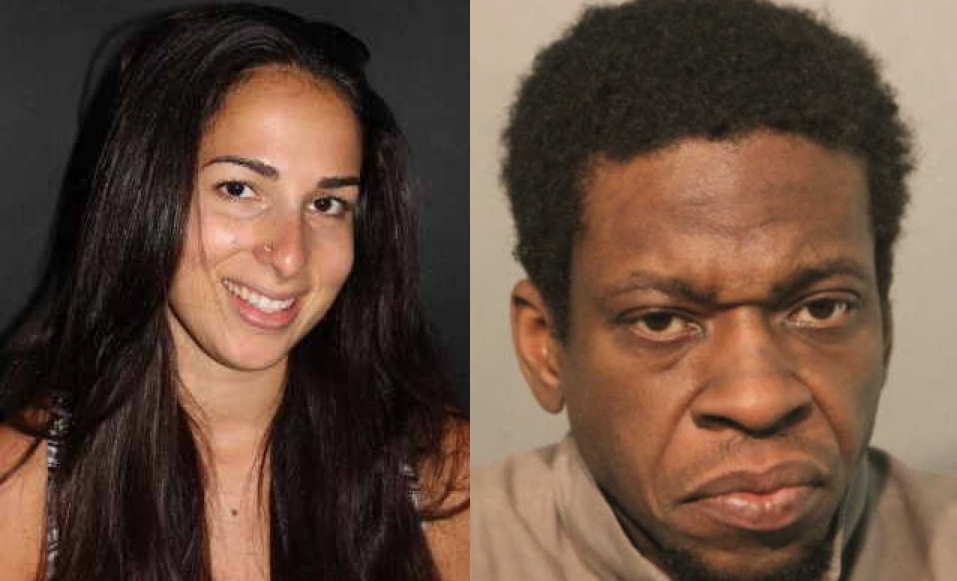 A homeless man spent nine days “terrorizing downtown” with a series of violent attacks on women that culminated with the stabbing death of a Maryland woman last weekend, prosecutors said

Tony L. Robinson, 41, was ordered held without bail by Judge Charles Beach after prosecutors laid out allegations to support charges of first-degree murder, robbery, and multiple counts of aggravated battery on Saturday afternoon.

Beach, reflecting on Assistant State’s Attorney James Murphy’s assertion that Robinson was “terrorizing” the area, said, “I don’t think that’s an unfair statement in any way, shape, or form.”

“Frankly, it is an act of terrorism on the community,” Beach said, calling the allegations an “ongoing nine-day terrorization of individuals who are visiting our city, or working around the Loop area, or living in the Loop area.”

Police arrested Robinson Thursday afternoon on the 300 block of South Lower Wacker Drive, where he lived in a tent, according to Murphy and police records. Officers who executed a search warrant on the tent recovered a sock filled with rocks, two knives, and other items, Murphy said.

Wacker Drive is the magnificent street in Chicago’s Loop that follows the right bank of the Chicago River around. I worked from 1991–1993 in an office building at 300 South Upper Wacker Drive.

The giant Sears Tower (now the Willis Tower) is diagonally across Wacker from my old office. Tons of tourists, including Amish and/or Mennonites laying over at the nearby Greyhound bus station, walk by to go to the top of the Sears Tower. 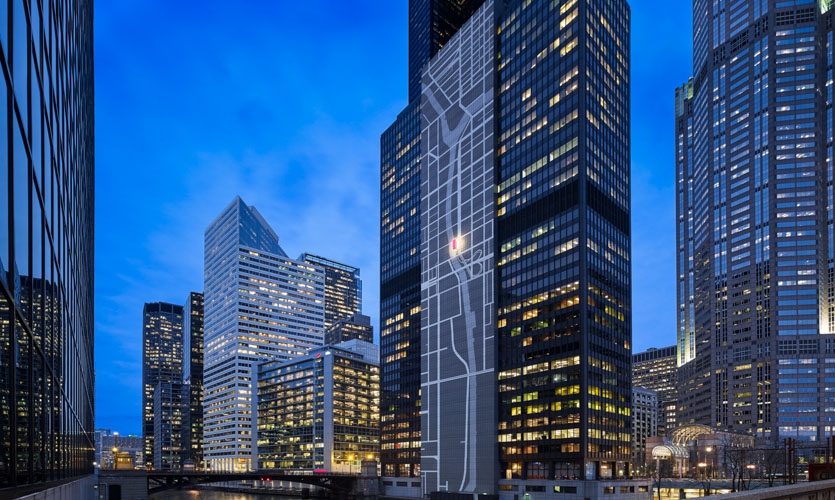 I was under the impression back then that the Amish refuse to use all modern technology so I assumed they must walk up to the 109th floor, but I was mistaken about the Amish and their actually more instrumental relationship to modern tech.

Underneath Upper Wacker, Lower Wacker, where the murderer camped out, is more Brutalist Ominous. It made a notable setting for parts of Christopher Nolan’s Batman Begins.

Anat Kimchi, a 31-year-old criminal justice doctoral candidate from Maryland, was walking on the 400 block of South Wacker when Robinson grabbed her from behind and overhand stabbed her in the neck and upper back with a knife, Murphy said.

A witness who saw the attack from a nearby park thought Robinson was trying to rob Kimchi, but Robinson only got away with her sweater, Murphy continued. The witness briefly confronted Robinson but backed off when Robinson threatened him, Murphy said. The witness then went to Kimchi’s side and held her until paramedics arrived.

DNA material from a shirt the attacker discarded near the murder scene matches Robinson, Murphy said. Surveillance video allegedly shows Robinson running with a knife in his hand after the murder and throwing an object into the Chicago River. …

Robinson is also charged with violently beating a 50-year-old tourist near her Loop hotel as she walked to get coffee. The woman, who was visiting from St. Louis for a baseball game, told police that a man confronted her as she walked on the first block of East Ida B. Wells and asked if she was following him around 7:14 a.m. on June 13.

The woman said, “no,” and tried to keep walking, but the man struck her in the head with a hard object. She told police it felt like she had been struck with a concrete block, Murphy said. …

Murphy suggested Robinson is also responsible for violently beating a 25-year-old woman with an object on the 500 block of South Franklin around 9:30 p.m. on June 10. CWBChicago previously reported that the woman’s injuries were so severe, fire department personnel thought she’d been shot in the head.

… Robinson has a criminal history in St. Clair County for burglary and other crimes. CWBChicago reported Friday that his Cook County record only includes misdemeanor allegations….

Mr. Robinson just might have earned himself a life without parole sentence …