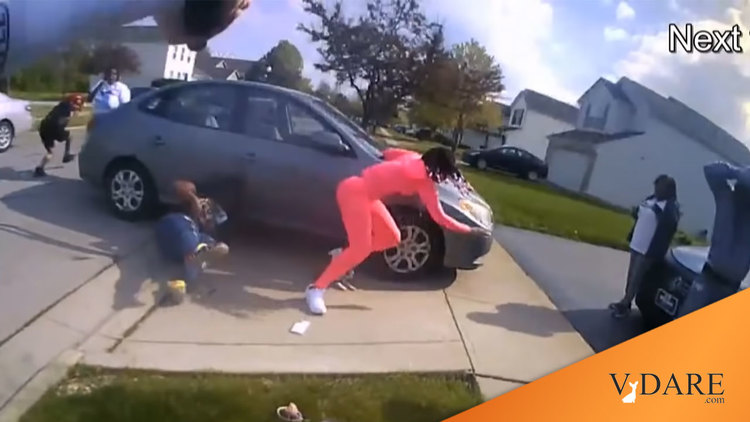 Here’s body camera footage from the Columbus policeman who appears to be an African immigrant. His task in this video shortly after the police shooting of Knife Girl is to escort eyewitnesses to sit by themselves in the back of police cruisers until they can first be interviewed by the Bureau of Criminal Investigations. In police shootings in Columbus, the local cops are not to interview the witnesses until the BCI talks to them first.

Not surprisingly, however, witnesses want to talk to cops about what just happened.

Here the African cop escorts to the vehicle the Girl in Pink who was almost skewered by Knife Girl. The Girl in Pink’s main concern is to retrieve her phone (which, I believe, was covered in the blood of the dead Knife Girl.) She does not sound upset that Officer Nicholas Reardon shot dead her assailant.

The Girl in Pink informs the cop: “She came after me.”