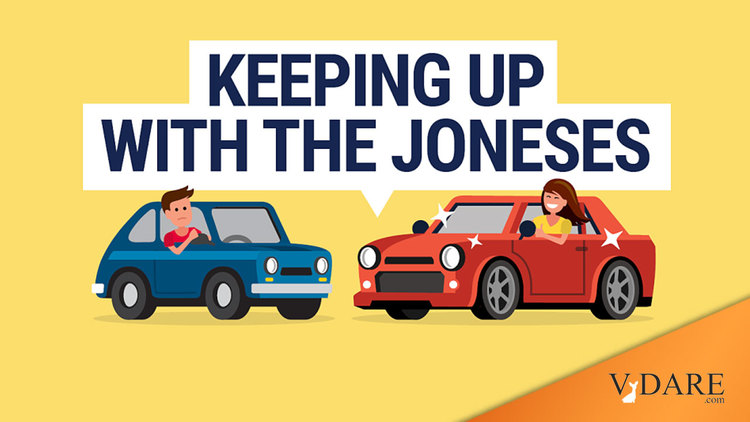 The Economy: Keeping-Up-With-The-Joneses Is Back

From the New York Times business news via Marginal Revolution:

Altogether, durable goods spending is running $348.5 billion higher annually than it would have been in that alternate universe, as Americans have spent their stimulus checks and unused travel money on physical items.

The housing sector is experiencing nearly as big a surge. Residential investment was 14.4 percent above its prepandemic trend, representing $90 billion a year in extra activity. And that was surely constrained by shortages of homes to sell, and lumber and other materials used to make them. It is poised to soar further in coming months, based on forward-looking data like housing starts. …

In the 1960s, it became fashionable to proclaim the superiority of experiences over possessions, so over time consumer spending grew in more evanescent areas like travel, dining, expert assistance (e.g., personal trainers), and luxury experiences like spa days and pedicures. People began to visit their friends and relatives at home less often, so there was less need to have nice things in the house and more occasion to spend outside the home, a gradual shift from the English addiction to at-home entertaining (e.g., Downton Abbey) to the Japanese pattern of socializing outside the house.

Whether the pandemic-caused shift is long lasting or not remains to be seen.