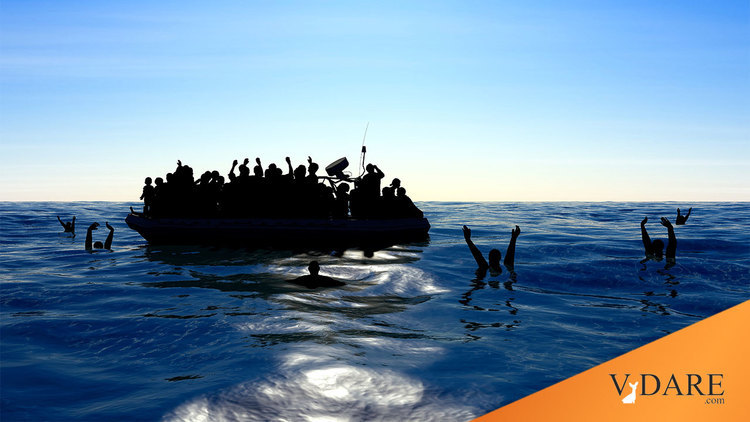 The Australian Solution for Demographic Drowning: "No Way!"

The statespersons of Europe seem baffled over what to do to prevent a large fraction of the 1.1 billion people of Africa from climbing into boats and inundating the heart of Christendom.

One possibility, however, is to do what the Australian government has done with a fair degree of success: post a video on Youtube telling would be Camp of Saintsers that they won’t be let into Australia, so don’t bother trying.

It’s so crazy it just seems to be working!