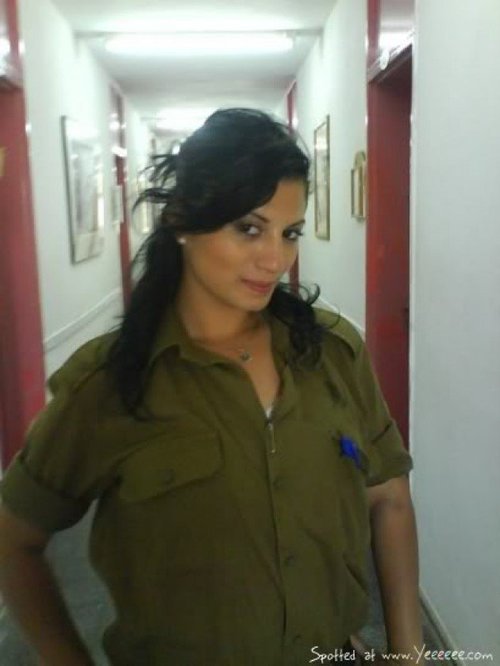 From Israel National News, a story about the injury toll women in supposed combat units suffer in training exercises:

A new book sums up 13 years of research on female participation in IDF combat units and declares the feminist experiment in the Israeli military a failure. “Lochamot Betzahal” by Col. (res.) Raza Sagi, a former infantry regiment commander, points to high rates of serious injury among women serving in combat units, and to involvement of radical political groups behind the scenes of the campaign for combat service by women. …

“The study found that a particularly high percentage of women who served in combat roles suffered physical harm during their service and will suffer for the rest of their lives from ruptured discs, stress fractures in the pelvis, uterine prolapse and more,” Sagi told Maariv/NRG.

While men also suffer injuries during their military service, he said, studies prove that the female rate of injury is much higher and that the seriousness of the average injury is greater, with entire platoons sometimes unable to function because of the physical state of the female soldiers. The injuries referred to are incurred in training and routine deployment – not actual combat.

Similarly, the injury toll that sports take on women is coming more into focus. Here’s a NYT article on the physical trauma that the 2014 Winter Olympics inflicted on women athletes.

“The idea that there is no difference between men and women in the army is a ridiculous one that has been disproved in all of the world’s militaries,” Sagi insisted. “One cannot defeat evolution. In days in which a meaningful reduction of the defense budget is required – there is no doubt that the matter of placing women in combat roles requires reassessment.”

“People will read the book and discover that they have been misled in everything pertaining to women’s service in the military,” he predicted. “The integration of women in the army has not succeeded, but everyone keeps shouting at us, that we must open before women the remaining units that have not yet been opened to them. …

The IDF told Maariv/NRG that Sagi’s claims are “completely baseless” and that women’s integration into combat units has been a success.

Generally speaking, Israel is a saner country than America. But not everything is different.