South Carolina On Capital Punishment: "Let's Do It!"

Wednesday this week the South Carolina House of Representatives voted to bring back the electric chair, and also to introduce the firing squad as an optionally alternate method of execution. If the state Senate agrees, the bill will go to Governor Henry McMaster, who has said he will sign it into law.

At present the only way the state can execute felons is by lethal injection; and that's been getting difficult, in fact impossible, in recent years because the big woke drug companies don't want to be associated with capital punishment.

If this new bill becomes law, the chair will be the default method, but a felon could elect to be shot by firing squad instead … at any rate until the manufacturers of guns and ammo get woke.

I support capital punishment but deplore lethal injection as a way to do it. In a July 2014 podcast I called it "cowardly and dishonest." It also requires the injecting physician to violate his Hippocratic Oath. 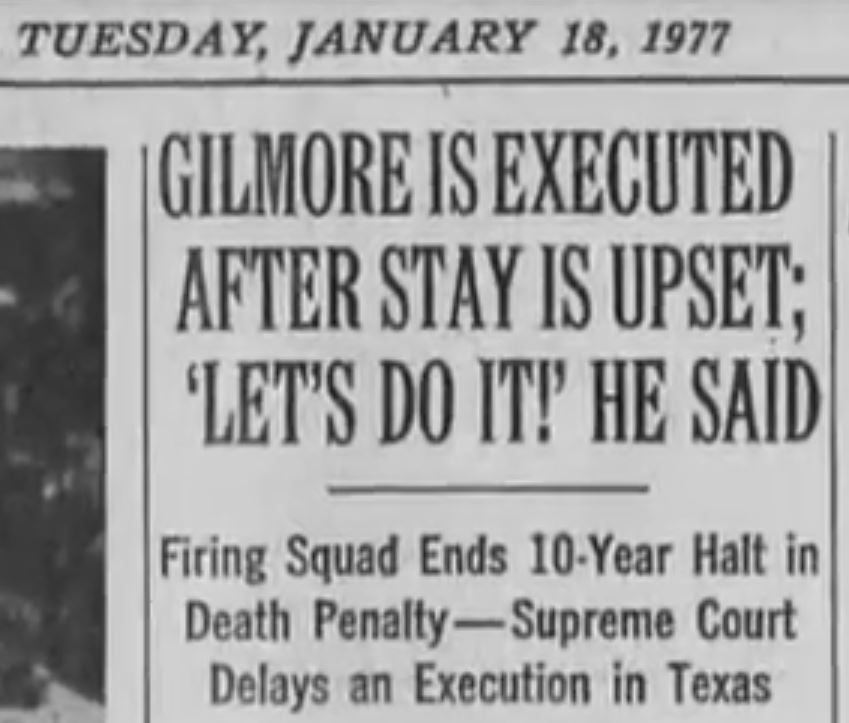 The chair, and especially the firing squad, are great improvements. From somewhere down below, Gary Gilmore is nodding agreement. Remember him? That was the murderer executed by firing squad in Utah back in 1977.

Gilmore wanted to die, and was annoyed by attempts to get him a stay of execution. When the fatal moment arrived and he was asked if he had any last words, Gilmore famously replied: "Let's do it."

I lived in the U.S.A. at the time, and for a year and a half thereafter. For all that time there were T-shirts on sale at novelty stores with a big circular target printed on them, and, underneath, the words "Let's do it."