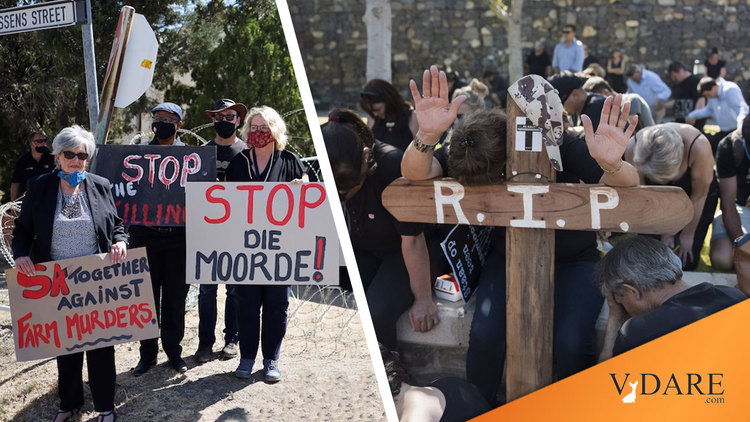 South Africa Farm Attacks In June: Three Dead, One Robber A Cop. Coming (Plus These New Riots) To An America Near You?

There's currently a lot of violence, rioting, and actual insurrection in South Africa recently (nothing like the Mostly Peaceful Protest on January 6).

But while it takes something like this to make the American MSM pay attention, anti-white violence has been a steady drumbeat there for years, especially against isolated farms, as I've repeatedly documented. Just this last June:

After assaulting and robbing the farm’s security guards, the invaders made off with the farm’s solar panels. The incident occurred June 5, 2021. No arrests were reported [Farm attack, AK47 wielding attackers raid smallholding, Rustenburg, attributed to Oorgrens veiligheid, southafricatoday.net, June 5,  2021]

Jaco Duvenage, age 33, his wife, Beanet Duvenage, age 32, and their four-year-old daughter were alerted by a barking dog that awoke the family as they slept in the early morning hours. The family took refuge in a bedroom and held the door closed as the attackers attempted to gain entry. After breaking a hole in the bedroom door, the attackers demanded the family’s cell phones, but not before the victims had managed to alert a neighborhood watch.

The attackers fled with the phones and a television, reports say. The attack occurred on June 4, 2021 [Family hold off farm attackers at bedroom, help arrives in time, Brits, attributed to Oorgrens veiligheid, southafricatoday.net, June 7, 2021].

The incident occurred on June 11, 2021 [Farm attack, 3 sisters and friend from Holland tied up and robbed, Paarl, attributed to Oorgrens veiligheid, southafricatoday.net, June 14, 2021]

A couple was resting by a fireplace when two intruders confronted them. A scuffle ensued as the attackers attempted to rob the couple. Employees at the guest farm contacted authorities. The incident occurred at about 10 p.m. on June 12, 2021.

A man and his wife were bound and robbed at a home near the lodge. The invaders stole cash and valuables.. The incident occurred on June 17, 2021 [Farm attack: 5 Attackers, 1 in police uniform, invade lodge, Nelspruit, attributed to Oorgrens veiligheid, southafricatoday.net, June 18, 2021]

The victim was shot as the attackers attempted to break into a number of homes in the area. He was not identified. The incident occurred at night on June 16, 2021 [Farm murder, man shot in stomach during home invasion, Rocky Drift, attributed to Oorgrens veiligheid, southafricatoday.net, June 18,  2021]

Police stopped a vehicle that contained balaclavas, gloves, and a firearm. Also found were electronic items apparently stolen from the home of a local farmer. Four of five occupants of the vehicle fled the scene. A fifth was arrested. The arrest occurred on June 17, 2021 [Farm attack, man robbed by 5 attackers, Paarl farm watch arrests 1, Tulbagh, attributed to Oorgrens veiligheid, southafricatoday.net, June 18, 2021].

Reports say the farmer and his 28-year-old son were interviewing staff members regarding thievery when one of the employees stabbed the father. The victim managed to fire four shots, one apparently wounding the suspect, who fled the scene. The farmer was transported to a local hospital for treatment [Farm Worker Stabs Employer: Greylands - KZN, RSA_News, za.opera.news, July 20, 2021].

Reports say McCleeve coaxed five home invaders toward the home’s kitchen and away from the others. He was shot in the stomach and heart before dying in his partner’s arms en route to a hospital. The attack occurred on June 23, 2021. Three suspects fled with a pistol, laptop, camera, and other household items, reports say.

Reports say the elderly woman confronted trespassers as they played with her dog outside her farm house. Rather than leave, the three suspects followed the woman into her home. Reports say the woman and her husband, along with other area farmers, have decided to move from the Fountain Head area just outside eMkhomazi due to the violent crime [Farm attacks forcing farmers to relocate, woman (69) assaulted, tied up, Fountain Head, attributed to Oorgrens veiligheid, southafricatoday.net, June 24, 2021] 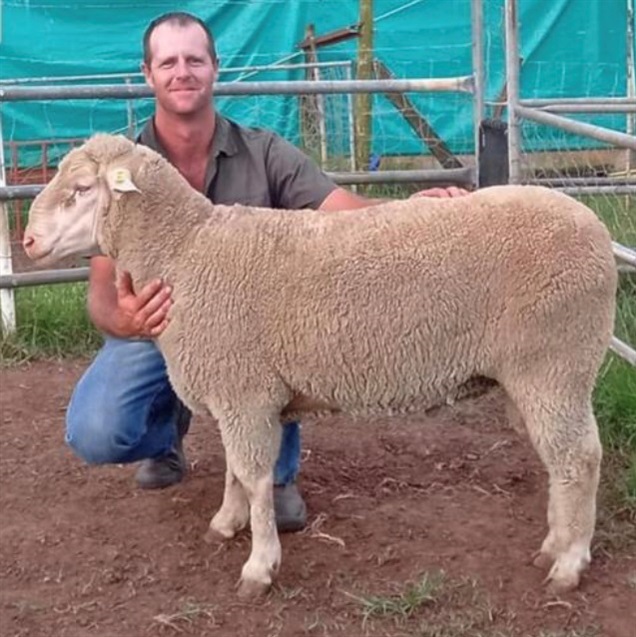 The incident occurred after Richter approached a suspicious vehicle. The victim contacted support from a neighborhood association, but was found severely wounded when help arrived. Before his demise, Richter managed to fatally shoot two of his attackers. He was also able to provide details of the incident [Eastern Cape farmer kills two suspects and is stabbed to death during confrontation, by Malibongwe Dayimani, news24.com, June 28, 2021]

Two attackers demanded cell phones and cash. They bound their victim to a bed and covered her with blankets, reports say. After they left, the woman was able to call for help. The victim’s daughter, who lives next door, found her mother covered in blood. Reports say the intruders gained entry through a window that was partially opened. The incident occurred on June 24, 2021 [Farm attack, woman (75) assaulted with a crowbar in her home, Muldersdrift, attributed to Oorgrens veiligheid, southafricatoday.net, July 1 2021]