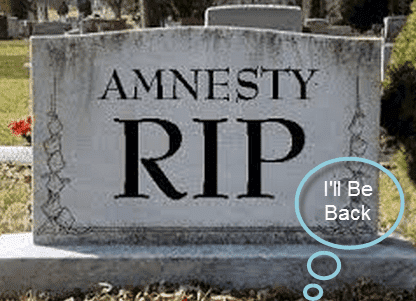 Om Thursday as I noted in Jeff Sessions Champions The Nation, Again the Alabamian Brenda Walker likes to call “America’s Senator” conducted a devastating raid on the Treason Lobby in the Senate, getting almost all Senate Democrats on the record conniving at Obama Administrative Amnesty plans. This included Alaska’s Mark Begich whose cheap labor record anyway would make him highly vulnerable on this issue if his opponent this year was any good.

Brenda has posted the full video and transcript of Sessions’ superb speech here.

The highly professional news aggregator the Drudge Report judged the event of such interest to its’ conservatively- inclined audience that it put up Breitbart’s story with their striking headline SESSIONS: AMERICA NOT OLIGARCHY WHERE 'MASTERS OF UNIVERSE' DECIDE IMMIGRATION LAW... at 4-43PM complete with a picture of Sessions and kept it up until after 11 AM the following day - an unusually long time. For much of the time this was supplemented with a National Review story.

RedState has made no reference to the Sessions effort of any kind. This from a site which proclaims itself “Conservative News Source for Right of Center Activists”. Anyone relying on the site would not have learned of this important vote.

The irreplaceable (and unreplaced) Daniel Horowitz, evicted from RedState in June, has his first Tweet on the effort up at 12-54 PM on Thursday and followed with several updates.

RedState has however told its audience of the important news that the Democratic Gubernatorial candidate in Wisconsin may be guilty of plagiarism and that for Kansas was found receiving a lap dance in a strip club in 1998.

What has happened is clear. RedState is implementing the policy I noted in REDSTATE Commissar Leon Wolf Orders GOP: Downplay Immigration In 2014, Pass Amnesty ASAP. And the management’s cultural tradition of repression has been unleashed.

My hypothesis is that the GOP Leadership at the behest of their owners plans to take a dive when Obama implements Administrative Amnesty in the Lame Duck, and orders are out to keep the serfs as ignorant and distracted as possible.

The once valuable RedState is becoming a farce. It is headed to be as useless as Free Republic.