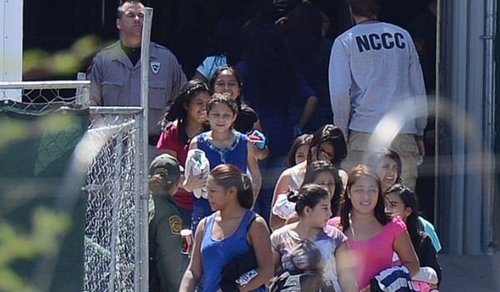 Jerry Kammer, Senior Research Fellow at the Center for Immigration Studies (and former Pulitzer-Prize-winning reporter for the Copley Press) quotes Senator Richard Durbin [D-IL] at the Wednesday, June 11 Senate Judiciary Committee hearing about the day camp of the saints that's currently doing boffo business on our southwest border.  Referring to work by some academics at the University of Houston, Durbin said:

They found that these kids, as they were coming into the United States were cold, hungry, helpless. Half of them unaccompanied. Hunted like animals by corrupt police bandits and gang members. ... Most had been robbed, beaten, raped — usually several times — some killed, some maimed by these railroad trains. That to me cannot be overlooked in this conversation. ... Let us stop and reflect as fathers and grandfathers about these babies who are desperate to find their mothers in America. If this is not a searing indictment of our broken immigration system and the need for change, I can't think of anything that is.

That's quite a vivid verbal picture painted by Senator Durbin:  Babies!  (With diapers unraveling as they surmount the border??)  Maimed by railroad trains!!

Now examine an actual picture of a horde of such les misérables, the photo above, taken from a recent article at National Review Online (Obama Won't Say Where Illegal Immigrant Children Are Going, by Ryan Lovelace, June 16, 2014).  Everyone looks quite well fed and very adequately—even (casually) stylishly—dressed.

This impression is reinforced by images in the video linked below. Take a careful look, 40 to 43 seconds in, and note the obviously teenage "baby" (Durbin's term!) being assisted into a van by a couple of Border Patrol officers.  Even that brief glimpse of the teenager brings to my mind the word "corpulent." 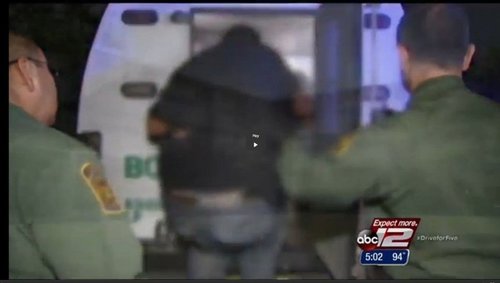 To Durbin, though, the kid's appearance probably suggests "hungry and helpless."  And the fact that, days after crashing the border, this waif still (presumably) isn't an American citizen is "a searing indictment of our broken immigration system."

The video is worth viewing in its several-minute entirety, not least for the revelation by the newsreader, at the beginning and near the end, that the anonymous caseworker interviewed by KSAT-TV was committing a federal offense by giving any information about the "highly confidential operation" to the media.

Highly confidential!  So it's another example illustrating the overarching truth that every aspect of our immigration arrangements amounts to a victimization of America's native-born citizens.  Our role is to pay taxes and shut up.