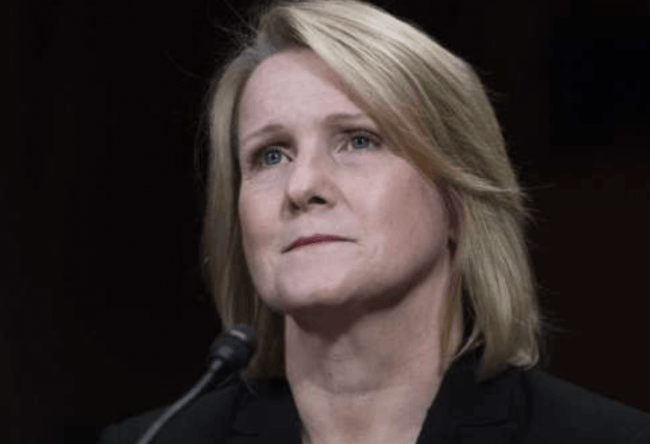 Previously: Where Do Trump’s Possible SCOTUS Picks Stand On Immigration?

President Trump is set to announce his Supreme Court pick Saturday. The only thing certain is that it will be a woman [Trump: Supreme Court pick to be announced Saturday at White House, by Ronn Blitzer, Fox News, September 22, 2020]. However, the definite frontrunner is federal judge Amy Coney Barrett. Barrett, a devout Catholic, is a favorite among social conservatives and was nearly picked to fill Anthony Kennedy’s spot on the Court in 2018 [McConnell told Trump he thinks Barrett is best Supreme Court pick, Jon Ward, Yahoo News, September 22, 2020].

Her immigration record isn’t too bad, but there are some things to take into consideration. As I previously wrote:

Her record on immigration is fairly good. In a dissent, she defended the president’s public charge rule, which denies permanent residency to immigrants who rely on government assistance.

However, there are questions. Barrett, as Ann Coulter points out on Twitter, has said she has to recuse herself from cases where her Catholic faith precludes from a proper judgement. The U.S. Conference of Catholic Bishops’ notorious embrace of Open Borders may influence her to vote for liberal immigration policies. [Amy Coney Barrett Is Not a Safe Pick for the Supreme Court.  Her writings on faith and jurisprudence should worry conservatives, by John Zmirak, Human Events, September 19, 2019]. She also has two adopted black children from Haiti, which may influence her decisions as well.

She isn’t the worst pick, but there could be better options. Barrett is much better than the second-most touted candidate, Barbara Lagoa. Lagoa is a Cuban-American with a moderate reputation and a scant record on immigration. It’s likely she would rule in favor of immigrant interests if it benefits her own people.

There is one candidate who has emerged as a dark horse candidate who would be superior to both Barrett and Lagoa: Judge Bridget Bade of Arizona. Bade boasts impeccable credentials on immigration and was confirmed to the federal judiciary with 78 votes—a good sign she would sail through a Supreme Court confirmation. The new right-wing news site Revolver makes a compelling case for Bade. She won a commendation from the Border Patrol after successfully defending the agency from frivolous lawsuits filed by illegal immigrants.

As an appellate judge, she provided the lone dissent in three separate cases to uphold the enforcement of federal immigration law. She argued against nationwide injunctions that allowed illegal immigrants claiming asylum to get bail hearings. She opposed the ACLU’s attempts to stifle ICE’s detainer system for keeping aliens locked up on other charges. She also argued against stopping the removal of illegal aliens who brought up dubious sexual assault claims after their failed asylum hearings [The Case for Judge Bridget Bade, Revolver, September 22, 2020

Bade’s record on law and order, gun rights, and other conservative concerns is also solid. She would make a terrific pick for the Supreme Court.

It’s up to Trump to make the final call, but it has to be someone we can trust on immigration. We can’t afford another Neil Gorsuch or John Roberts on the high court.