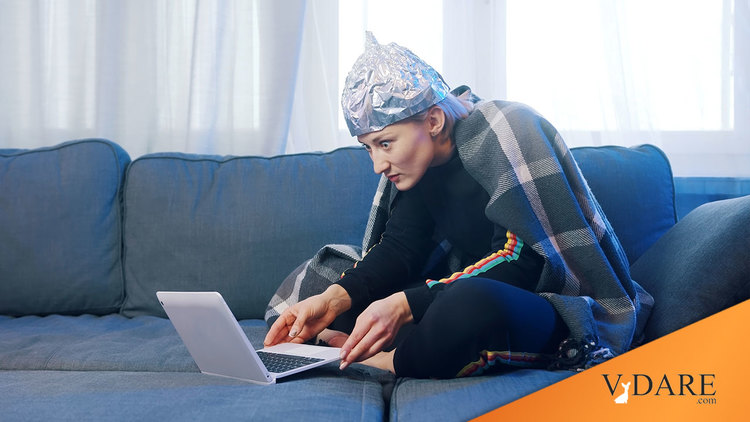 Sailer In TakiMag: Who Is More Into Conspiracy Theories—The Right Or The Left?

The Truth Is Out There
Steve Sailer

Who is more into conspiracy theories: the right or the left?

A new study sheds light on the political tilt of conspiracy theories.

First, though, let me admit that I’ve always been more sympathetic to conspiracy theories in theory than in practice… One fundamental problem is that widely appealing conspiracy theories demand formidable villains, bad guys who can keep a secret and who adroitly understand how the world works in order to seize the future.

But our elites instead seem inept at understanding cause and effect. They are recurrently surprised that, for example, their depolicing drives lead to an explosion of riots, murders, and car crashes.