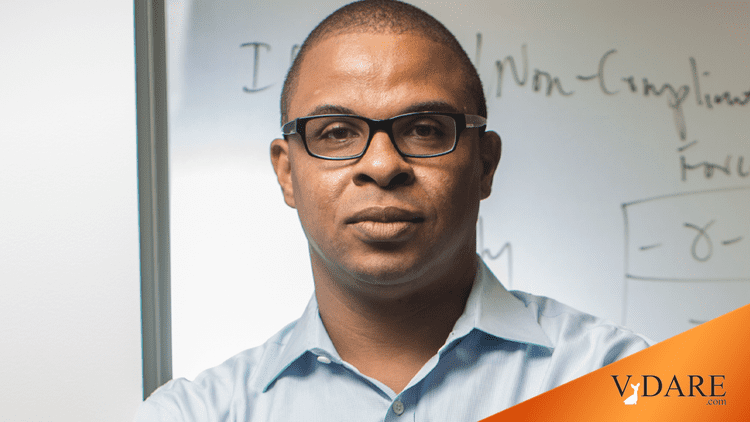 The leading hypothesis for why these investigations increase homicides and total crime is an abrupt change in the quantity of policing activity.

I call this The Retreat to the Donut Shop.

In Chicago, the number of police-civilian interactions decreased by almost 90% in the month after the investigation was announced. In Riverside CA, interactions decreased 54%. In St. Louis, self-initiated police activities declined by 46%. Other theories we test such as changes in community trust or the aggressiveness of consent decrees associated with investigations — all contradict the data in important ways.

Fryer is the smart black economist who was Harvard College’s highest paid professor (because he brings in huge amounts of research grants from rich guys like Michael Bloomberg who actually want to know what the data says about crime and the like) until he got Me-Tooed for some petty Al Franken-level stuff. But he can still keep researching.

Five, however, were due to “viral” incidents: Baltimore, Chicago, Cincinnati, Riverside and Ferguson.

For investigations that were preceded by a viral incident of deadly force – Baltimore, Chicago, Cincinnati, Riverside and Ferguson – there is a marked increase in both homicide and total crime. The cumulative amount of crime that we estimate due to pattern-or-practice investigations in the two years after the announcement for this sample is 21.10 (5.54) per 100,000 for homicides and 1191.77 (429.50) per 100,000 for total felony crime. Put plainly, the causal effect of the investigations in these five cities – triggered mainly by the deaths of Freddie Gray, Laquan McDonald, Timothy Thomas, Tyisha Miller and Michael Brown at the hands of police – has resulted in 893 more homicides than would have been expected with no investigation and more than 33,472 additional felony crimes, relative to synthetic control cities.

To get a sense of how large this number is, the average number of fatal shootings of African American civilians by police officers in Baltimore, Chicago, Cincinnati, Riverside and Saint Louis, per year, is 12.5 Thus, even if investigations cured these cities of all future civilian casualties at the hands of police, it would take approximately 75 years to “break even.” Our estimates suggest that investigating police departments after viral incidents of police violence is responsible for approximately 450 excess homicides per year. This is 2x the loss of life in the line of duty for the US Military in a year, 12.6x the annual loss of life due to school shootings, and 3x the loss of life due to lynchings between 1882 and 1901 – the most gruesome years.

In other words, when the DoJ investigates a police department because evidence has been piling up over the years without too much publicity that something is wrong, that usually doesn’t drive up the murder rate. But when the DoJ jumps in because of one over-publicized case, that gets a lot of people killed.