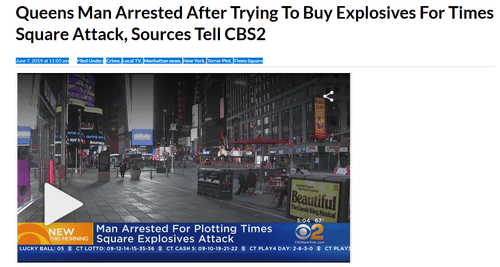 CBS has a report on a man named Ashiqul Alam—presumably an Arab Muslim of some kind, and very likely an immigrant—in a typical Arab Muslim plot to attack Times Square with a bomb.

The Chyron on that story says "Man Arrested", as is traditional. 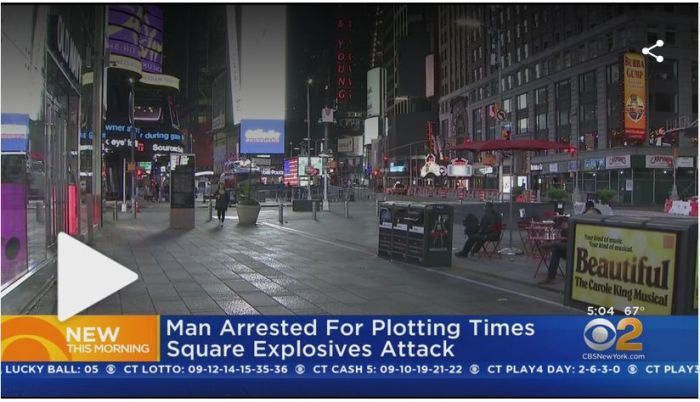 That's exactly the same lie. A previous "Queens Man" named Adis Medunjanin had a bomb plot—he was a Bosnian Muslim, instead of an Arab Muslim, and a naturalized American citizen.

A previous Times Square bomb plotter, Faisal Shahzad, achieved citizenship by marriage. He was a Pakistani Muslim immigrant who owned a condo in Norwalk. He's been referred to as "Connecticut Man".

Another "Queens Man" who was a mass murderer was Omar Mateen. He was an Afghan Muslim, and born in America. Hillary Clinton actually thought she was scoring a point in a debate when she said in the Third Presidential Debate that Omar Mateen “was born in Queens, the same place Donald was born.” The ballot box proved her wrong.

So Muslim immigrants are behaving as expected, and so is the American MSM.

not reporting raceDiversity Is Strength
<< Previous
Next >>
LATEST