President Trump Effect: Mexican Ambassador Says They Are Not the Enemy—But They Are

The new sheriff isn’t even in town yet, and he is having a big impact already. Carlos Manuel Sada Solana, the Mexican ambassador to U.S. visited Phoenix recently to spread some propaganda around, like how Mexico is a friendly neighbor.

Funny, I have a different impression — along with millions of other Americans. Let’s review some recent history:

In 1997, Presidente Ernesto Zedillo proclaimed to the National Council of La Raza in Chicago, “I have proudly affirmed that the Mexican nation extends beyond the territory enclosed by its borders.”

Mexican American Legal Defense Fund founder Mario Obledo stated in 1998, “California is going to be a Hispanic state. Anyone who doesn’t like it should leave. Every constitutional office in California is going to be held by Hispanics in the next 20 years.” People who don’t like such demographic changes “should go back to Europe.” (Incidentally, Mr. Obledo was also the California Secretary of Health, Education and Welfare under Gov. Jerry Brown during his first reign.)

A Zogby poll in 2002 found that 58 percent of Mexicans agree with the statement, “The territory of the United States’ southwest rightfully belongs to Mexico,” as indicated in the photo below.

And who can forget the illustrated guide for illegal immigration published by the Mexican government in 2005?

Remember, Mexico is a wealthy nation, now ranked at #15 for world GDP, but it chooses to push its citizens to work illegally in the US and send billions of dollars in remittances home every year. It’s easy money.

Less recently, Mexico considered a proposal to join Germany in WWI to go to war against the US with the return of the American Southwest offered as a prize (brought to light with the revelations of the Zimmerman Telegram).

Somebody should ask Ambassador Solana whether Mexico has disavowed its Aztlan plan about the reconquista of the Southwest? Seeking to seize a huge expanse of American territory certainly defines an enemy. 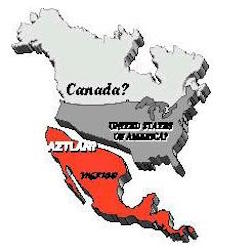 Carlos Manuel Sada Solana, the Mexican ambassador to U.S., talks to The Arizona Republic and azcentral.com about the Trump presidency and NAFTA..

PHOENIX — If President-elect Donald Trump follows through with his campaign promise to build a border wall that Mexico will pay for, he can expect to run into a wall of his own: the Mexican government.

Mexico’s top diplomat to the U.S. says there is no way Mexico will pay for the wall. Not only that, a wall would send a “negative” message that would undermine years of economic and diplomatic cooperation between the two countries that contrary to public perception has benefited both countries.

That cross-border relationship includes the creation of more than 100,000 jobs in Arizona.

“We have said time and again Mexico is not paying for the wall,” Carlos Manuel Sada Solana, Mexico’s ambassador to the U.S., said Wednesday during a meeting with reporters and editors at The Arizona Republic, azcentral.com and La Voz.

Sada also balked at Trump’s suggestion that he may try to force Mexico to pay for a border wall by taxing money transfers, called remittances, from workers in the U.S. to their families in Mexico.

“There is also legal issues that are at stake, and if that is one of the alternatives, we will find out what we have to do in that case. But this is not a deliberate action for Mexico to pay for the wall,” he said.

Sada also pointed out that fencing and other types of barriers already exist along 700 miles of the 2,000-mile-long border, including in Arizona. Building an actual wall could hurt the environment and curtail trade between the two countries.

“We fear that there is going to be consequences regarding environmental issues,” he said. “It’s also going to be sending a very negative message. What we say is we like to build bridges.”

He noted that 85% of trade between the U.S. and Mexico is trucked through 58 border crossing points. “We need to do better on that.”

He said he would prefer to see the U.S. pass immigration-reform legislation, which has been stalled in Congress for years.

That would allow Mexicans who come to the U.S. to work to enter legally rather than illegally, and therefore improve border security along the U.S.-Mexico border.

“It is in our interests to have a safe and efficient border,” Sada said.

Sada, previously the consul general of Mexico in Los Angeles, was named Mexico’s ambassador to the U.S. by Mexican President Enrique Pena Nieto in April to respond to Trump’s negative portrayal of Mexico and Mexican immigrants.

“Mexico is not the enemy. It is the partner” of the U.S., Sada said Wednesday.

During his visit to Phoenix, part of a two-day trip to Arizona that included stops in Nogales and Tucson, Sada defended the North American Free Trade Agreement, or NAFTA. Trump has threatened to end the agreement, blaming it for the loss of manufacturing jobs in rust-belt states.

On Wednesday, Carrier Corp. announced that it had reached an agreement with Trump to keep about 1,000 jobs in Indianapolis instead of moving forward with plans to move all of its Indianapolis operations to Mexico.

Sada said the Mexican government is open to “modernizing” NAFTA. But he credited the agreement with creating 5 million to 6 million jobs in the U.S., including about 100,000 jobs in Arizona, due to exports to Mexico.

Mexican investment in Arizona has created another 10,000 jobs, he said.

“For us, it is important that it is well-understood the relationship between Mexico and the United States because we think there is a perception that does not always correspond to the reality,” Sada said.

A look at the socioeconomic and environmental impact of a 2,000-mile long wall at the U.S.-Mexico border.

He pointed out that Mexico is Arizona’s top trading partner. Mexico accounts for about 40% of the state’s foreign trade, he said.

As an example, he pointed to Tuesday’s announcement by California-based Lucid Motors to build a $700 million plant in Casa Grande to produce electric cars to compete with electric-vehicle maker Tesla. Parts for the new vehicles would be produced in Sonora, Mexico, and then shipped to the plant in Casa Grande.

“So it has been a remarkable success from the perspective of how things have been evolving and this is something we have built together,” Soda said, referring to NAFTA.

“We are not just buying and selling, we are producing together.” 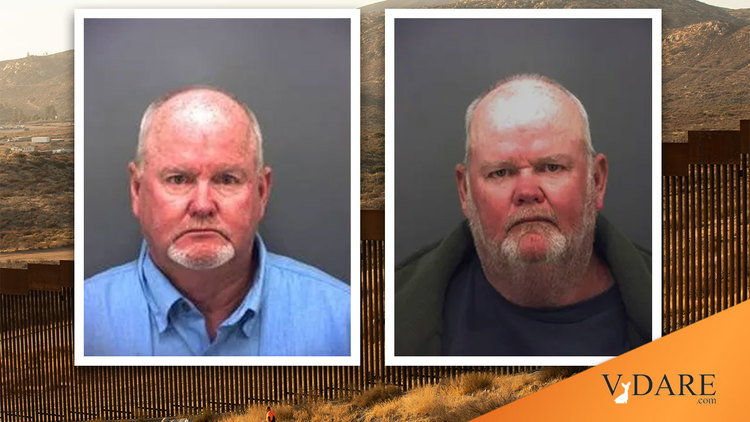