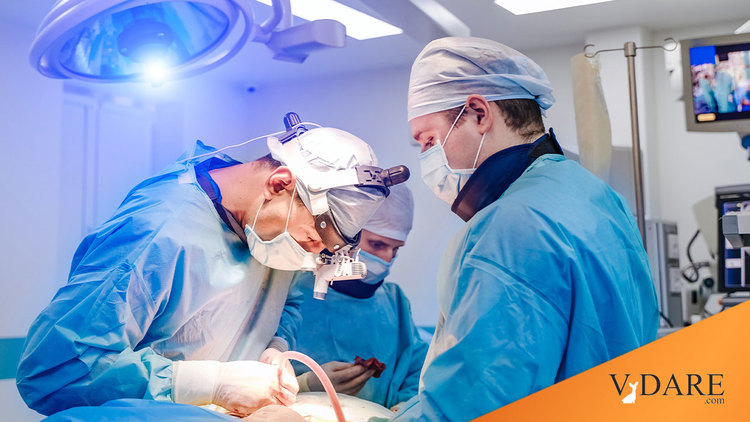 Again, what is the point of American citizenship? It is no longer accurate to say that being American is simply a matter of having a piece of paper. It's something far less.

If so, get ready for dystopia.

All low-income residents in California, regardless of immigration status, would be eligible for the state’s Medicaid coverage under Governor Gavin Newsom’s state budget proposal.

“California is poised to be … the first state in the country to achieve universal access to health coverage,” the governor announced at a press conference on 10 January.

Immigrants ages 26 and younger became eligible for the programme in 2019, and those ages 55 and older became eligible last year. The governor is aiming to close that gap and asking state legislators to cover remaining immigrant populations.

[California would be the first state to offer health coverage for all immigrants under governor's proposal, by Alex Woodward, Independent, January 10, 2022]

It's important to note that California is not just losing residents, but businesses [Businesses Are Fleeing California Along With Its Residents, And President Biden Should Pay Attention, by Adam Millsap, Forbes, August 27, 2021]. However, as the unsuccessful recall showed, California is in a kind of negative feedback loop. Disgusted residents flee and their places are filled by migrants. California may be a Third World state, but it's a lot more attractive than anything in Latin America.

However, offering health care to the entire world might just be the final thing that leads to total collapse. California is already grappling with chronic homelessness, income inequality, and street crime. The disgusting streets of San Francisco have become a national, if not global, embarrassment. Setting a magnet to attract people because they are dependents will hardly improve the situation.

Again, this is precisely what California voted to avoid with Proposition 187. The people specifically rejected this fate. Unfortunately, in what our rulers call "Our Democracy," the vote doesn't count unless you get the result they want. Despite Americans' wishes, California was quite consciously turned over to the Third World. The best thing Americans can hope for at this time, barring radical political change, is for the state to be broken up so what Americans are left can have some semblance of self-government.