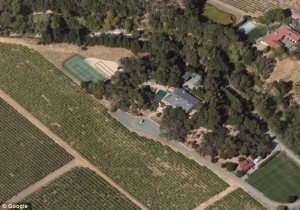 Now that it is official that President Obama is to rule by decree on immigration (and other matters) it is worth revisiting ex-Speaker Nancy Pelosi’s extraordinary remarks during her visit to the Border this weekend.

Many comments for instance John Hinderaker’s at Powerline focused on her seeming silliness:

Pelosi said repeatedly that she wants to take all the kids she has seen in Texas home. Actually, she could: not all, but quite a few of them. The Obama administration certainly wouldn’t stop her from breaking the law. And Pelosi’s various mansions could house quite a few Central Americans.

… The Pelosi vineyard in Napa Valley could be home to several hundred. Look at the low population density!

But Pelosi was not being silly. She was articulating why the Obama Democrats are a lethal threat to America.

Pelosi explained, "We are all Americans — north and south in this hemisphere,"

Pelosi on the Border: We Have to Use This 'Crisis' as an 'Opportunity' Breitbart 28 Jun 2014

"This is a community with a border going through it. And this crisis — that some call a 'crisis' — we have to view as an opportunity," Pelosi told reporters at a press conference.

Nancy Pelosi Calls The Humanitarian Crisis At The US Border An ‘Opportunity’ by Colin Campbell Business Insider June 28 2014-  VDARE.com emphasis.

A community with a border running through it?  Pelosi’s speech writers apparently equate America with the States of post-colonial Africa where this is a genuine issue.

There were no reports of Pelosi showing any interest in border enforcement much less deportation. Of course not. The Democrats stand for permanent Minority Occupation Government achieved by electing a new people to dominate the historic American nation. Their elite’s ideal for America is Martha’s Vineyard.

This extraordinary and outrageous statement provoked…no response from the GOP Leadership that I can see. That is because the AdelZuck Party obeys its paymasters.