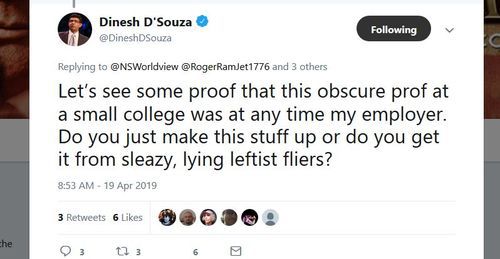 Paul Gottfried: No, I Wasn't D'Souza's Employer, I Was His Editor. I Didn't Enjoy It.

In 1986 Adam Meyerson, who was then vice-president at Heritage Foundation, was about to introduce me to his young assistant from India, Dinesh D’Souza. Just before Meyerson took that step, he made the following comment “This is what immigration has brought us.” Contrary to Meyerson's implication, D’Souza may be the best arguments against immigration that I’ve personally encountered. He is treacherous, mendacious, and a generally obnoxious human being.

His remarks on Twitter (replying to someone who referenced me as D'Souza's employer) that he could not possibly have worked for me at any time because I am an “obscure prof at a small college”  is as fraught with lies as his PR for the GOP reeks with infantile misstatements and exaggerations.

Since I’ve documented D’Souza’s childish historical generalizations in multiple published and posted commentaries, it may not be necessary for me to do so again. But what needs clarification is D’Souza’s relation to me over the years, which he has desperately tried to hide. 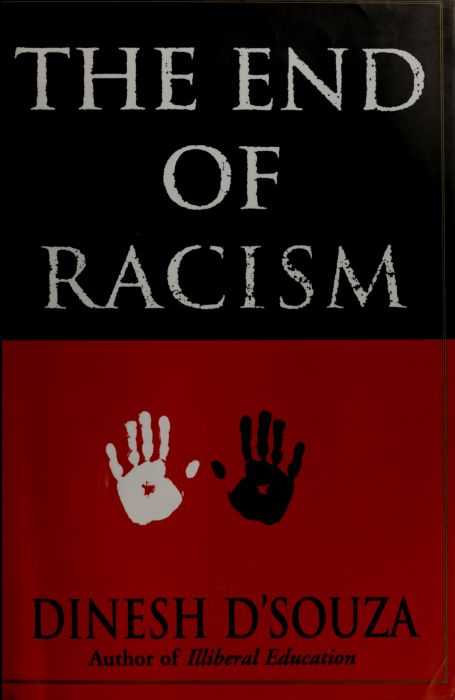 1986 and 1987 he was commissioned by me to write several articles for The World and I, a publication that belonged to the Washington Times Corporation and of which I was then senior editor. The essays that D’Souza produced, particularly one on the author Graham Greene, abounded in partisan hot air, and even when I asked him to write on literature, he unfailingly turned in material about his subjects’ Politically Incorrect views (from the standpoint of the Heritage Foundation which then employed him). For the record, I was never literally his "employer," although my subordinates used to joke that I was. (They were struck by D’Souza’s unmistakably obsequious manner in dealing with me.) I was his editor. I didn’t enjoy it.

Several years later, while I was a professor of humanities at Elizabethtown College (at the unimportant school that D’Souza arrogantly mocks on Twitter), he was invited to speak at Leffler Chapel on a book that he had recently published, The End of Racism. At that time I was tasked with making a critical response to his presentation, which I did with unmistakable tact. It was particularly hard to perform this work, since there was much in the book (especially the attempt to limit the phenomenon of systematic racism to the West) that I found open to question. Moreover, D’Souza had been involved in making accusations of racism against my friend, Sam Francis, a charge that had cost Sam a prestigious position as a star editorialist at the Washington Times. Some of my colleagues hoped that I would bring up this subject during my response but I avoided that delicate matter. I felt that it was inappropriate to quarrel with a guest of the college, and I still don’t regret that decision. Nor is it my business to cite D’Souza’s other questionable acts, as a husband or college administrator.

He has to live with his own conscience, however strained it may be. In any case Fox News loves him or perhaps can’t get enough of his tediously ingratiating voice.

D’Souza’s snide remark about my obscure being strikes me as almost laughable. As a septuagenarian author of thirteen books, most of which exist in multiple translations, and of hundreds of shorter works, I no longer have to defend myself against such trash-talk.