We already know that allowing Muslims into America can bring preventable mass murder, as happened on 9/11.

But many citizens do not understand the threat to free speech that Muslim immigration also brings as part of the big diversity package. In Europe, citizens are learning that criticizing Islamic newcomers is a violation of sharia.

You might think that a culture engaged in headchopping as a religious practice would not be upset by accurate descriptions of jihadist Islam. But we are told by the guardians of diversity, at least, that Muslims are sensitive folk, and we mustn’t speak ill of them, despite the obvious evidence. 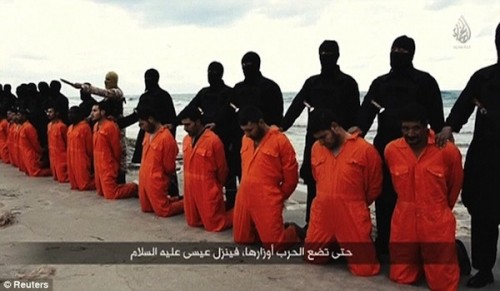 Meanwhile, local Muslims in the New York City area have sought to impose sharia values on the town of Owego’s 9/11 remembrance, because of the fictional scourge of Islamophobia which is actually a strategy to shut down any factual discussion of Islam.

Robert Spencer here for JihadWatch, a program of the David Horowitz Freedom Center and for the Center for Security Policy with new information about that ever deadly pestilence Islamophobia. Islamophobia, according to the mainstream media, is running rampant in the hitherto bucolic town of Owego, New York, and Muslims are worried. Are marauding bands of right-wing extremists pulling hijabs off little old Muslim ladies and daubing swastikas on the walls of mosques?

No, the Islamophobia in question appears on Owego’s new 9/11 memorial monument which dares to refer to the perpetrators of the September 11th 2001 jihad terror attacks as “Islamic terrorists.” In this age of Obama, Owego should have known better.

The local station WWMT reported recently that the monument was causing controversy, as the islamic Organization of the Southern Tier in New York worries that the wording could encourage hatred toward Muslims living in the area painting all Muslims with the same brush. The Islamic group has asked that the monument just read “terrorists” or even “al-Qaeda terrorists.”

Now calling the 9/11 hijackers Islamic terrorists is painting all Muslims with the same brush? This is an often used and very tired talking point. How does identifying the motivating ideology of the 9/11 attackers paint all Muslims with the same brush? Does referring to the Italian mafia amount to calling all Italians mafiosi? Does referring to German Nazis mean that one is calling all Germans National Socialists?

This is just an attempt to deflect attention away from the ideology of the 9/11 hijackers and to keep people ignorant and complacent regarding the fact that those hijackers were working from Islamic principles that are embedded within the Islamic texts that are read and studied and taught by the Islamic Organization of the Southern Tier, and this isn’t by any means the first time this kind of thing has happened.

In April 2014 Muslim groups protested against the screening of a seven minute film entitled “The Rise of al Qaeda” at the national September 11th Memorial Museum in New York City. Sheikh Mustafa Elazabawy, the Imam of Masjid Manhattan, complained, “The screening of this film in its present state would greatly offend our local Muslim believers as well as any foreign Muslim visitor to the museum. Unsophisticated visitors who do not understand the difference between Al Qaeda and Muslims may come away with a prejudiced view of Islam, leading to antagonism and even confrontation toward Muslim believers near the site.”

Now this was an extraordinary complaint especially in light of the fact that the film in no way conflated al-Qaeda with Muslims as a whole. All it did was used the word jihad and Islamist. Nonetheless Akbar Ahmed, a noted Islamic scholar at American University, insisted that many visitors to the museum were “simply going to say Islamist means Muslims, jihadist means Muslims. The terrorists need to be condemned and remembered for what they did. But when you associate their religion with what they did, then you are automatically including, by association, one and a half billion people who had nothing to do with these actions and who ultimately the U.S. would not want to unnecessarily alienate.”

But the terrorists themselves were the ones who associated their religion with what they did, not the 9/11 memorial museum. Akbar Ahmed did not address any more than did the Islamic Organization of the Southern Tier when it was complaining about that 9/11 monument in Owego, New York. You may recall the 9/11 hijacker Mohamed Atta reminded himself in a note found in his suitcase: “Increase your mention of God’s name. The best mention is reading the Qur’an. All scholars agreed to this. It is enough for us, that [the Qur’an] is the word of the Creator of Heaven and Earth, Who we are about to meet.” That sounds Islamic to me.

Ultimately the museum stood firm about the film but it did remove the term Islamic terrorism from its website. What Owego, New York, will do about its monument remains to be seen, but these kinds of episodes are illuminating. Even to note the obvious fact that the 9/11 hijackers identified themselves as Muslims and explained that they were doing what they did because of Islam is now supposedly offensive to other Muslims and so it must not be done. Even to take notice of the hijackers’ Islamic self-identification is unacceptable evidence of Islamophobia. This is as ludicrous as it is self-defeating.

That it has become official administration policy and dealing with the jihad threat and enough of a cultural norm that the Islamic Organization of the Southern Tier wasn’t too embarrassed to protest against a simple truth being told in Owego is evidence of how severe the crisis we are in really is.