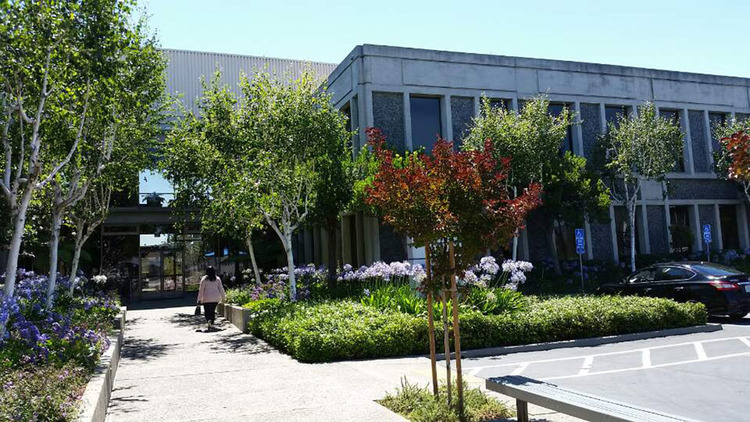 I live less than 12 miles from the site of Monday’s mass murder, Oikos University, and had never heard of the place. A television news segment reported the city Councilman Larry Reid whose district includes the school said he didn’t know of it either.

The shooter who killed seven has been identified as 43-year-old One L. Goh (or One Goh Ko), a former nursing student. I haven’t seen any mentions of his immigration status.

One reporter on KTVU briefly mentioned that another student described Goh as “frustrated he didn’t speak English well.” (KTVU has a bunch of current videos on its website but they are not individually linkable.)

Inability to speak English has caused a number of immigrants to lash out in murderous fashion. Somebody in the home country should tell the hopeful newbies that their careers aren’t going anywhere without learning the language of success in America.

Immigration is a highly stressful enterprise and sometimes ends violently when a foreigner becomes overwhelmed with his inability to assimilate to this society’s language and culture.

The school’s website has a Korean version and says it is accredited to offer degrees in a handful of subjects like music, bible studies, Asian medicine (presumably acupuncture) and an AA degree in nursing. One media report characterized the college as a “vocational Christian school.”

California is fertile ground for visa mills cranking out faux degrees in tech to provide a gateway to America for “students” to enter the country and never leave. One example was Tri-Valley University of San Jose which was shut down last year. See also Visa Mills Scam Profitably in Silicon Valley.

Oikos University, on the other hand, doesn’t peddle flamboyant tech degrees it can’t deliver. Its offerings are far more modest, and the school sounds like a mom & pop approach to utilizing America’s liberal visa distribution for any sort of education. Oikos’ website has a page describing how to maintain F-1 status, so clearly that’s what they’re about.

The question is why Washington hands out student visas to foreigners majoring in music or bible studies.

OAKLAND, Calif. — Seven people were killed and three others wounded after a disgruntled student walked into a classroom at a small independent university located near the Oakland airport and opened fire.

Police confirmed that a suspect, identified by police Monday evening as 43-year-old One L. Goh, was taken in custody in the parking lot of a shopping mall in nearby Alameda. Sources told KTVU that Goh walked into a Safeway store and told someone he had just shot several people.

Alameda police then arrived and took him in without further incident.

“We do believe we have detained an individual responsible for the shooting at the college,” Oakland police spokeswoman Johnna Watson said.

The shooting took place at Oikos University, located at 7850 Edgewater — in an area of warehouses near the Oakland International Airport. There were 35 people on campus at the time of the shooting and sources have told KTVU that Goh had recently been kicked out of a class at the school.

Deborah Lee, 25, a student from China who is studying at Oikos, said she was in an ESL class when she heard four or five pops that sounded like firecrackers.

She said her teacher left the room to see what was going on, then she heard a person yell, “Someone has a gun!”

Her teacher told the students to run, and everyone ran out of the classroom and left the school.

Police Chief Howard Jord said Monday evening during a news conference that it received the first call of the shooting around 10:30 a.m.

Oakland police have confirmed that seven victims have died and three were wounded in the shooting spree. Several victims were transported to Highland Hospital for treatment while the bodies of several of the dead covered by tarps were lined up on the grass in front of the school.

KTVU has learned that Goh, known to friends and acquaintances as One-L, was an Oakland resident and a frequent visitor at Oakland’s Westlake Christian Terrace senior housing where his parents currently live.

Housing administrators told KTVU Goh seemed to be an involved and caring son.

“(He seemed) just like a really good kid, the kind of kid I want all my residents here to have,” said Audrey Williams, of Westlake Christian Terraces.

Police sources said the elder Goh reported not seeing his son in several days, but his son called him the morning of the shooting and told him what he’d done and that he was leaving a stolen car in Alameda.

Acquaintances said the elder Goh’s other son died in an car accident about five months ago.

Many of the family members of the victims wept and consoled each other at the school and others appeared to be in shock.

The father of one of the victims learned that his daughter, Lilia Sim, didn’t survive the shooting.

He was one of seven families who received the devastating news their loved ones were fatally gunned down Monday morning.

Lilia Sim’s dad did his best to stay composed and told KTVU, “I’ll be fine.”

Lilia liked kids, he told KTVU, that’s why she was attending the nursing school at Oikos University. “She wanted to help people,” he said.