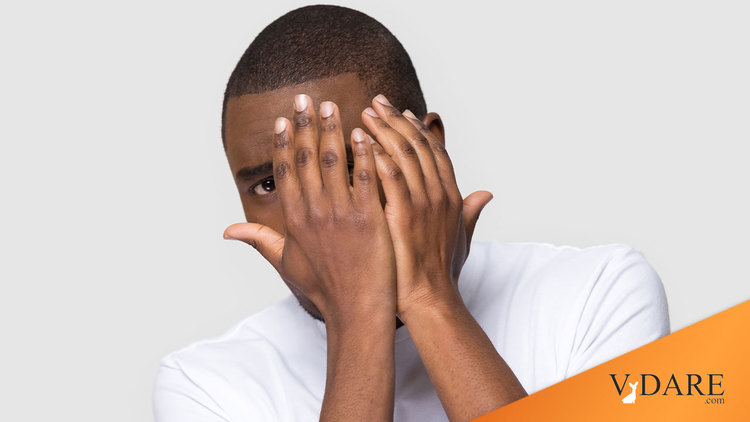 NYT: "As A Black Man In America, I Feel Death Looming Every Day"

Mr. Daniels is a writer and a creative director at T Brand Studios.

When Virgil Abloh died last week at the age of 41, I thought of my father. Many in the Black community did. We thought of all the other Black men we’ve loved and lost too early: our friends, our fathers, our brothers. And we thought about ourselves.

To know Blackness is to know death, as close to us as breath is to being. For two years, Mr. Abloh, a fashion designer and icon, hid his diagnosis of cardiac angiosarcoma, a rare type of cancer, from the public. It’s a story reminiscent of Chadwick Boseman’s, who died from colon cancer in 2020 following his diagnosis in 2016. Their privacy about their struggles is a shattering kind of silence.

What was it like to be Mr. Abloh in those two years that he knew he was ill? Was he watching the clock, the minute hands meeting glorious, terrifying hours, like my father did, like I do?

It is a silence familiar to those who share air, space and lifetimes with Black men who have gone too soon — the actor Michael K. Williams, the rappers Nipsey Hussle and Young Dolph, and George Floyd, Ahmaud Arbery and Eric Garner among them. It is a silence most familiar if you are born a Black man in America.

No one knows when they are going to die. There is no crystal ball, no psychic hotline, no palm reading that can predict the moment of our death, nor tell us what awaits on the other side. But as Black men in the United States, we do know  are there likely to die sooner than most.

I look forward to the upcoming NYT op-ed:

As an Asian Woman in America, I Feel Death Not Looming Until Way Off in My Nineties, Maybe Even My Hundreds

Back to Mr. Daniels’ laments:

And when we are confronted with constant peril and trauma, in every hospital visit, every encounter with law enforcement, every too-long stare, every grainy bystander video capturing our last breaths, we are not only prone to be scared of death, but are prone to be scared to death. …

Later, my father suffered from dementia, bipolar disorder, and post-traumatic stress disorder. These were consequences not only of Vietnam, but of Pensacola, Fla., still segregated when my father grew up there in the 1950s and ’60s. At the age of 72, my father died of natural causes. But I think my father died because he was tired of living. Because he was tired of a country that neglected him from the moment he was born. Charles Lorenzo Daniels Jr. died because as a Black man in America, he was taught to prepare for his death long before it happened.

In the wake of my father’s and Mr. Boseman’s deaths, I thought about my own. So this past summer, at the age of 38, I finally went to see a doctor. It was the first time I’d been to see a primary care physician in over two decades. Cancer and heart disease are among the leading causes of death for Black men, and African Americans are more likely to get, and more likely than other groups to die from, colorectal cancer, which killed Mr. Boseman. Preventive care is the best defense from this and many other illnesses and ailments. My visit to the doctor was a belated but necessary act of self-preservation.

Like too many Black men, I’ve struggled with suicidal ideations,

with an undying fear of not being enough or being too much, and with the gap between Black life and the death I feel constantly looming. This is all a heavy burden to carry, and racism and internalized masculinity norms can reduce Black men’s willingness to seek help. Depressed African American men are less likely to seek mental health treatment, compared with depressed white men.

Lots more white men are depressed than black men, who tend to be rather cheerful on average, as Darwin noted in the 1830s. So it’s not surprising that among black men who are depressed enough to qualify as depressed, fewer would be so depressed they seek treatment.

What Explains Why White People Have Worse Mental Health?

Novel research offers some insight into an old paradox.

… While whites generally face fewer risks to their physical health and occupy a better socioeconomic status — they often have higher income than non-whites and have much less exposure to things like homicide — their mental health tends to be significantly worse when you compare like to like (that is, people in similar social circumstances even if their skin color is different).

The white suicide rate is several times higher than the Asian, black, or Latino suicide rate (if you adjust for age, the Native American suicide rate usually exceeds the white one by a bit). An interesting Brookings Institute study from a few years ago found that poor African Americans tend to be much more optimistic than poor whites are.

People who study these topics have deemed this gap the “black-white mental health paradox.” As one paper put it, “despite higher stress exposure, greater material hardship, and worse physical health, black Americans tend to experience similar or relatively lower rates of psychiatric disorders than whites.”

A recent study published in the Journal of Health and Social Research offers us some new explanations for why so many white people are at a disadvantage when it comes to mental health. The researchers looked at a large sample of African American and white Americans between the ages of 22 and 69 from Nashville, Tennessee and the surrounding area.

They looked at the mental health of these individuals along two different measures: Diagnostic and Statistical Manual of Mental Disorders-IV (DSM-IV) mental disorders and depressive symptoms. These are common measurements of mental health in the field.

They then sought to see if different coping mechanisms were associated with better mental health outcomes.

What they found is that black Americans reported higher levels of self-esteem, higher levels of religious attendance, family social support, and higher “sense of divine control” — for which they borrow the following definition from fellow researchers: the “individual perception that ‘God controls the good and bad outcomes in their lives…and that their fate evolves according to God’s will or plan for them.’”

This study offers some insight into the question of why the group we’re often told is the most privileged in society suffers from some of the worst mental health outcomes.

It appears that some minority cultures have benefited from retaining a relatively high degree of religiosity while also inculcating self-esteem.

I would distinguish between general types of mental health problems:

Problems that tend to be internalized: for example, a lack of self-esteem can lead, in the extreme, to depression and even suicide

Problems that tend to be externalized: for example, too much self-esteem can lead, in the extreme, to aggression and even shooting up the block party because somebody dissed you and plugging a few innocent by-standers eating ribs.