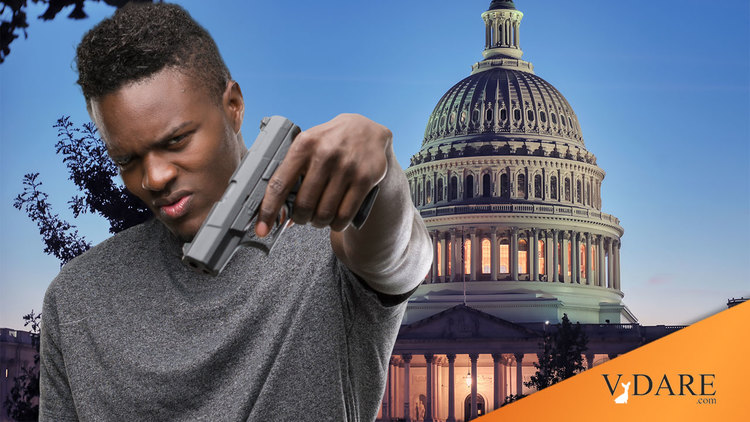 NICJR Report On Washington, DC Shootings Shows Without A Black Population, DC Would Have Almost No Gun Crime

Nothing to say. No commentary to add.

If D.C. had no black population, it would have almost zero gun crime.

A study finds that suspects in violent crime in the District share a lot of characteristics.

The National Institute for Criminal Justice Reform looked at the numbers for homicides and nonfatal shooting in D.C. in 2019 and 2020, and found that “most gun violence is tightly concentrated on a small number of very high-risk young Black male adults that share a common set of risk factors.”

Those factors include involvements in street crews, a previous criminal justice history and connection to a recent shooting. Often, they’ve been the victims of crime themselves. While the motive for the shooting “may not be a traditional gang war,” the report says, “often shootings are precipitated by a petty conflict over a young woman, a simple argument, or the now-ubiquitous social media slight.”

The homicide rate in D.C. rose by 18% in 2020 compared to 2019, the study found, and about 500 identifiable people are behind 70% of the 863 incidents involving gun violence. The studies also showed that about 200 people are driving a majority of these incidents at any one point in time.

They found that, in terms of prior arrests, “victims and suspects were remarkably similar.”

NICJR is now recommending a clear, citywide strategic plan and is working with the District and community members to create a path forward, stressing that “a small number of very high-risk individuals are identifiable; their violence is predictable and therefore it is preventable.”

The study says the strategy will require intervention for people at high risk, which “requires frequent and regular assessment of recent shootings and identification of individuals likely to retaliate based on the findings of this report.”

You can read the report online.

It’s not hard: if Washington D.C. had no black people amongst its population, there would be no gun crime.

This study proves it.

There’s your Black History Month fact for the day.