Muslims In France React To Beheading of French Mountaineer: "Stop Asking Me To Apologize"

Some in the West, like Canadian TV host Michael Coren, have voiced disapproval that Muslims residing in free nations do not protest the behavior of the active beheaders in their faith, particularly when Allah’s loyal acolytes routinely complain loudly about the smallest perceived slight from Europeans or Americans. 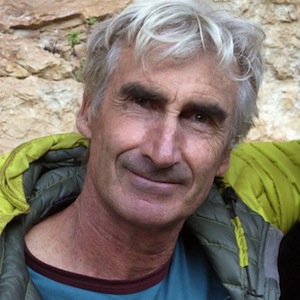 Following the recent beheading of French mountaineer Herve Gourdel (pictured), some France-residing Muslims apparently showed up with some #NotInOurName sentiments. The Associated Press interpreted the rallies as exhibiting “heartsick fury among Muslims in France.” Who knew?

PARIS — In tweets, in street gatherings and in open letters, moderate Muslims around the world are insisting that Islamic State extremists don’t speak for their religion. Many are also frustrated that anyone might think they do, and a backlash has already begun.

This week’s videotaped beheading of a French mountaineer by militants linked to the Islamic State group prompted heartsick fury among Muslims in France and elsewhere in Europe, torn between anger at the atrocities committed in the name of Islam and frustration that they have to defend themselves at all.

Herve Gourdel was the fifth Western hostage decapitated in recent weeks by Islamic extremists — this time, the militants said, as revenge for France’s decision to join airstrikes against the Islamic State group. [. . .]

If Europe-residing Muslim immigrants are truly “heartsick” about Islam being misrepresented, they are a little late to the parade. TheReligionOfPeace.com website keeps a running total of Allah-inspired deadly attacks since 9/11 — and counts more than 23,920 as of today.

In addition, Muslims are not required by Islam to tell the truth to infidels, so the statements of Muslims must be accorded proper skepticism. Taqiyya — deception — is a well discussed strategy in Islamic scriptures, particularly its use by Mohammad, considered the perfect man who should be emulated.

Also, Muslims complain about mythical “backlash” against their kind, which usually consists of a few unkind words at worst. There are no mobs of Europeans committing mass murder, as ISIS Muslims do in the Middle East.

The idea that Muslims are sad about infidels being slaughtered in the traditional style is also brought into question by the following somewhat sketchy refutation:

As Muslims demonstrated against the “barbarism” of the Islamic State (IS) group outside the main mosque in Paris on Friday, pressure on the Muslim community to denounce Islamist militancy has been described as Islamophobic “madness”.

Friday afternoon’s demonstration follows this week’s murder of French hiker Hervé Gourdel, kidnapped in Algeria by the militant group calling themselves Jund al-Khalifa, which claims links to the IS group.

Many Muslims in France reacted spontaneously to express their disgust at the brutal killing. Online, the Twitter hashtag #NotInMyName – started by British Muslims to denounce the actions of the IS group – was taken up in France (#PasEnMonNom).

But despite the widespread anguish in France’s large Muslim community – the country’s Muslim population is estimated at upwards of five million, many of them of Algerian descent – expectations in some quarters that they should collectively criticise the extremists have caused a backlash.

On Thursday the conservative daily Le Figaro ran an editorial calling on Muslims to “take to the streets to denounce these barbarians”.

The same newspaper was blasted for “ineptitude” by its own journalists when it published an online poll asking readers if there had been “sufficient condemnation by French Muslims of the assassination of Hervé Gourdel”. Some 82 percent of respondents said there hadn’t been enough of an outcry. The poll was taken down just hours later.

“This question effectively insinuates that the entire Muslim community is somehow complicit or even complacent when it comes to terrorism,” Le Figaro’s editorial oversight committee (Société des Journalistes, SDJ) said in a statement.

‘Stop asking me to apologise’

Nourredine, a Parisian Muslim of North African descent, told FRANCE 24 on Thursday that he was horrified by Gourdel’s killing – but refused to accept any link between the murder and his religious faith.

“I will not be going to the Paris Mosque (where Friday’s demonstration is due to take place),” he said. “If I had to go, it would be as a Frenchman, horrified at the beheading of one of my compatriots, but not as a Muslim. Are Christians expected to demonstrate against the excesses of the Klu Klux Klan?”

Writing in the Nouvel Observateur weekly news magazine, researcher Moussa Bourekba begged his “colleagues, neighbours and friends to stop asking me to apologise in the name of my religion”.

“These [Islamist] men and women do not worship the God that I worship and I doubt they know him at all,” he wrote. “If the murder [of Gourdel] horrifies and upsets me, it is as a human being.”

“I don’t go around asking Catholics to apologise in the name of all Christians every time there is a paedophilia scandal,” he added. “And I would never ask Protestants to publicly condemn [Norwegian mass murderer] Anders Breivik. Just like these people, the madmen who killed Hervé Gourdel are not of my community.”

‘We are all filthy French’

Earlier this week the IS group urged its militants to “kill a disbelieving American or European – especially the spiteful and filthy French”.

On Friday a group of prominent French Muslims used Le Figaro’s website – which had called on them to “take to the streets” the day before – to respond to the militants’ call to violence in language that explicitly separated their Islamic faith from the murderous language of the IS group.

“No one can assume the right to speak in our name,” they wrote. “And to show our solidarity [with France] in the present dramatic circumstances, it is an honour for us to declare that we, too, are ‘filthy French’.”

They added that the image of French Muslims needed to change.

“Instead of being seen as jihadists or fundamentalists, we need to be viewed as ordinary citizens who want to live in our faith and within the laws of the French Republic.”