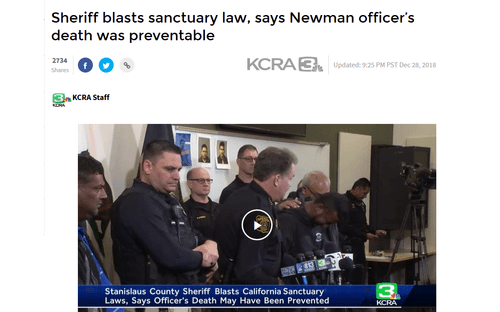 Americans used to say we were are “nation of laws” but you rarely hear that sentiment any more because it isn’t the case. Instead, elites have decided that open borders and diversity are better values. Nobody ever voted for disorder, but that is what we have.

Today’s example is the entirely preventable murder of California police officer, Ronil Singh (pictured below), a legal immigrant who wanted to serve this nation. 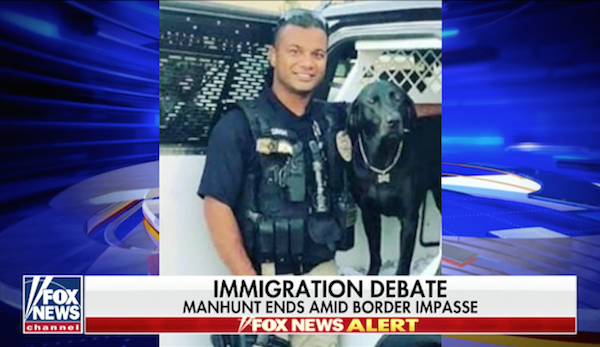 Choosing to pursue his American dream in California was unfortunate, because in October 2017, Governor Jerry Brown signed SB 54 into law to make his state a sanctuary for illegal alien criminals, from job thieves to gangsters and drunk drivers.

As a result, the man who shot Officer Singh — Mexican illegal alien Gustavo Perez Arriaga — was a two-time drunk driver and gangster who was protected by California’s pro-criminal laws.

Ladies and gentlemen, this is not how you protect a community. Law enforcement was prohibited because of sanctuary laws, and that led to the encounter with Officer Singh.

I am suggesting the outcome could have been different if law enforcement wasn’t restricted, prohibited, or had their hands tied because of political interference.

California is a free-for-all illegal alien crime zone where foreign criminals are protected, and lawful citizens leave home at their own risk.

Here’s a report from Fox News that includes Sheriff Christianson but not his remark that the crime was “preventable.”