We all remember what John Derbyshire pointed out in his now infamous "The Talk" article at TakiMag. But a recent story published by the Mobile Press Register requires that Derb add another entry to his "The Talk" list, probably directly after this one:

(10i) If accosted by a strange black in the street, smile and say something polite but keep moving.

Let's call it 10j: If your beloved pet is nearly run over by a car driven by Blacks, remember the rule 10i.

From the Mobile Press Register,

Woman killed after confronting men in car about speeding in west Mobile, 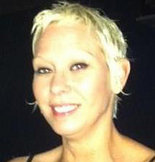 A 40-year-old woman was fatally shot Saturday night after confronting a group of men in a car about speeding through her west Mobile neighborhood, Mobile County District Attorney Ashley Rich said today.

No one has been arrested. The incident took place in the 5500 block of Racine Avenue in west Mobile about 6:20 p.m.

Mobile police identified the woman as Wendy Fisher, who was shot in the chest by one of several gunshots fired at her, police spokeswoman Ashley Rains said.

Fisher was taken to University of South Alabama Medical Center, where she died, Rains said.

Rains said that an "altercation" took place between Fisher and a group of men who were not known to her. Rich confirmed earlier reports that the confrontation involved speeding on Racine Avenue, a street that connects Overlook Road and Moffett Road and is frequently used as a shortcut by motorists. The shooting scene is located close to the Overlook Road end of Racine.

According to Rains, the car involved was a dark gray or green Honda, Nissan Altima or similarly-styled vehicle occupied by three or possibly four black men. The car sped away from the scene after the shooting, Rains said.