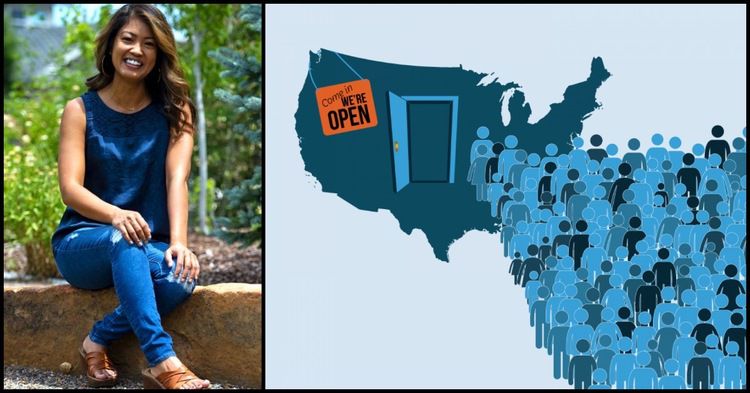 Michelle Malkin Calls For An Immigration Moratorium On Demographic Grounds, Saying "Do The Math!"

Michelle Malkin said a number of excellent things at her recent speech [America First: The Torch Is Being Passed] to young conservatives at UCLA, including defending VDARE, Peter Brimelow and many of our friends, and she's being hated for it by Never-Trumpers. (I think Jonah Goldberg has taken notice.)

In the Q and A, which is much more friendly than the kind Charlie Kirk has been getting, she said:

To be clear: what I advocated in 2002 when I wrote my first book on immigration policy called Invasion (which is also a trigger word) I advocated a moratorium on immigration then, and I repeat that now :we need to take a pause. It is so vital because every aspect of our immigration system is overwhelmed.

That's not by accident, it's by design and again, that is my appeal to people who are either on the fence or who haven't been as up on the issue or have been distracted by all the bread and circus other side issues that I talked about—this is the central issue.

We are a country of 325 million. All the projections are there, and they don't come from some right wing kooky source, it's Pew Research Center, by 2045 we will be a majority-minority nation. We're losing it!

And it's the same trend that you see across the world, and I talked about that so-called Great Replacement Theory that all of the Open Borders, Inc. types are trying to scare people away from constantly. Think about it and realize it. Do the math!

Michelle did call for moratorium  in Invasion, as we have been calling ourselves for years, and of course, she's right. America needs to pause all immigration or face demographic catastrophe.