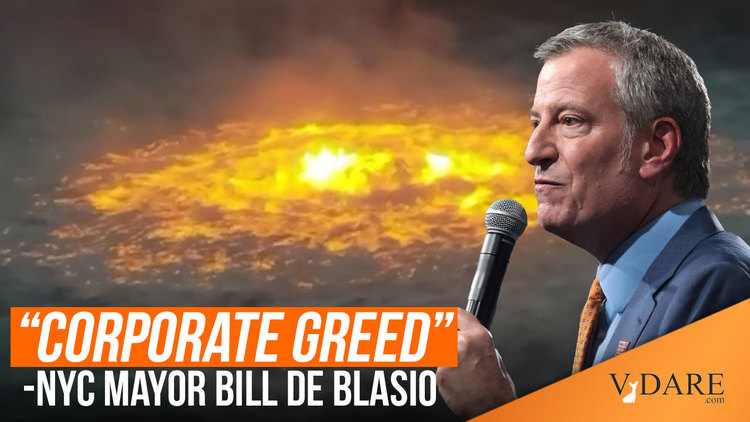 83 years ago, the Mexican Revolutionary Government nationalized without compensation (i.e., stole) all the American oil companies in Mexico that had, using 20th century American know-how, found the oil and brought it out of the ground.

In an earlier post, I noted that May 18, the Dia de la Expropriacion Petrolera—the anniversary of the Nationalization of the Petroleum Industry  in 1938, is an official national holiday in Mexico.

This was the biggest armed robbery of the twentieth century. It left all the oil in Mexico in the hands of corrupt Mexican governments, who couldn't even get most of it out of the ground; a lot of it is just sitting there, because they won't allow foreigners to touch it. And this is a public holiday?

Of course, once your government has stolen an already running industry, party functionaries can sell the jobs in that company to whoever, and it can be a great source of patronage. What could go wrong?

This could go wrong, although people like Bill de Blasio are blaming American capitalism:

It’s not a movie trailer.

It’s not a natural disaster, either.

It’s what happens when we let corporate greed destroy our planet.