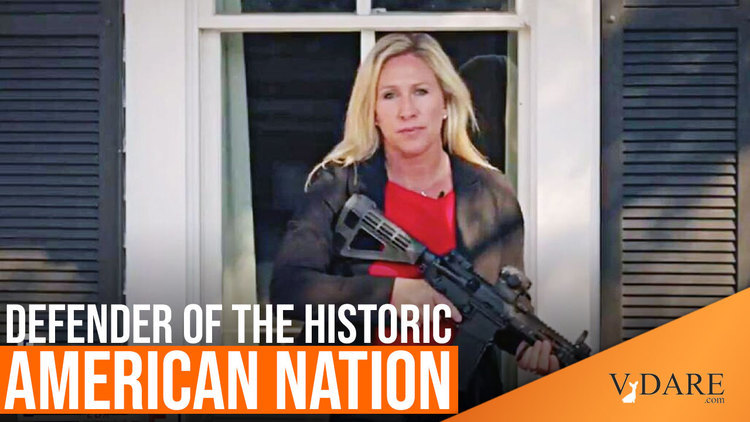 Rep. Marjorie Taylor Greene proved her immigration patriot bona fides this week with her bold moratorium proposal. Her plan, dubbed the Protect America First Act, is what Donald Trump should’ve adopted when he was president.

This is exactly the kind of proactive legislation Republicans need to push for in the Biden era. It’s not good enough for Republicans to simply oppose what the Democrats propose—they must advocate for positive immigration reforms. MTG’s bill does exactly that. This legislation demonstrates why Democrats and establishment Republicans hate MTG so much. She fights for the interests of the historic American nation; they don’t.

The immigration moratorium—an idea long championed by VDARE.com—is now mainstream. It’s both popular and the right to do. Only an idiot would not support MTG’s common sense bill. Unfortunately, the GOP is full of idiots. Let’s hope a number of them are smart enough to sponsor the bill and make hay out of it.