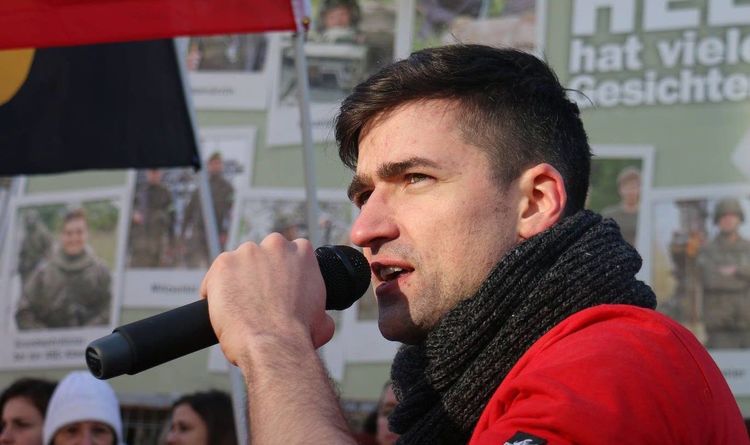 Imagine what would happen if a Muslim terrorist, a terrorist who specifically said he wanted to encourage repression against fellow Muslims as part of an "accelerationist" strategy, donated to the Council on American Islamic Relations (CAIR). Imagine he then committed a terrorist attack.

Would CAIR be banned? Can anyone even imagine someone advocating for CAIR to be banned? Suggesting that a Muslim group should be responsible for someone who wasn't a member would get you brought up on charges in some countries. It would be part of that "backlash against peaceful Muslims" we are always warned about.

Yet it the Main Stream Media is blaming the Austrian Identitarians for receiving a donation from the Christchurch shooter. This is akin to holding a politician personally responsible for the action of one of his donors. The journalists are cheering for repression based on guilt by no association.

Worst of all, it's the so-called conservatives who are eager to start simply banning political opponents.

Austria’s center-right People’s party has said it will insist on the banning of the far-right Identitarian Movement as a condition of any coalition after parliamentary elections next month.

Such a ban “must be in the next coalition agreement,” the People’s Party (OeVP) parliamentary group leader August Woeginger said in a statement released to Austrian media...

The OeVP’s call for the movement to be banned comes as it tries to maintain its commanding poll lead ahead of parliamentary elections on 29 September while at the same time distancing itself from its former coalition partner, the far-right Freedom Party (FPOe).

After the OeVP first floated possible moves against the Identitarians earlier this week, the FPOe’s former interior minister, Herbert Kickl, rejected the possibility of banning the IBOe, saying such a move would be “a deep attack on the rule of law”.

Woeginger said in his statement that Kickl had become the Identitarians’ “principal patron saint.”

Conservatives would never dare act so energetically against the left. To the respectable conservative, the enemy is always to the right. The conservative's role is to serve as the controlled opposition, the collaborators with the anti-national regime. Increasingly, they no longer even pretend to believe in classical liberal principles like free speech or the rule of law.

Western governments are moving into a form of "Managed Democracy" where there are elections, but the corporate media and the political system artificially limit the choice of the voters. If the voters somehow choose the "wrong" outcome anyway, the courts can be trusted to invent a reason to throw it out, as they did with Prop 187 in California.

At what point can we admit that these are no longer legitimate democratic governments?

Perhaps he should have just gotten a tan, started waving a Guatemalan flag, and ranted about how he hates America. The world's sole superpower would then be powerless to prevent his entry.

It's getting pretty tiresome hearing about how America has a sacred duty to fight for "freedom and democracy" against "authoritarians." Some of those authoritarians seem to have more freedom than the so-called "free world."