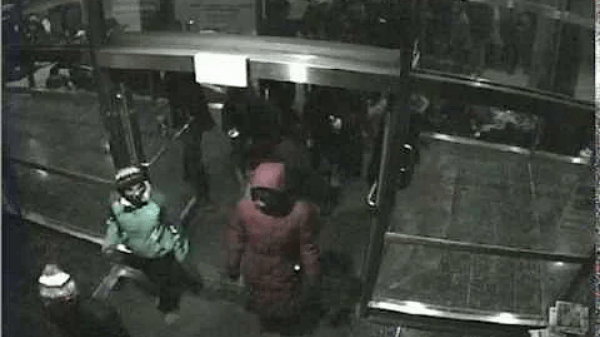 Madison, WI The Next Baltimore?

This week's episode of "Black Riot of the Week" is brought to you by Madison, Wisconsin.

For many of the people who gathered Tuesday outside the residence where Tony Robinson was fatally shot, news that the police officer who shot him would not be criminally charged was both expected and infuriating.

The decision by Dane County District Attorney Ismael Ozanne set off a late-afternoon march from the Williamson Street site to the Capitol Square by a couple of hundred people, with clergy members and young people heavily represented.

It was a peaceful but insistent crowd. The events of the last two months have awakened a movement for racial and social justice that will not soon go away, said the Rev. Everett Mitchell, pastor of Christ the Solid Rock Baptist Church in Madison.

“We will not go back to sleep,” he said.

[Community absorbs Tony Robinson decision: 'We will not go back to sleep,' by Molly Beck and Rob Schultz, Wisconsin State Journal, May 13, 2015]

The late Tony Robinson was on a violent rampage when he was shot. As you may have guessed, he had also previously pled guilty to felony armed robbery, though that isn't stopping the usual tearful testimonies about how he was going to be the next great poet, or astronaut, or physics professor.

Of course, even though Madison, WI actually has a higher black arrest rate than the evil Klan run city of Ferguson, MO, there doesn't seem to be as much of a media effort to promote riots in this city. Disorder doesn't get off the ground unless there is a deliberate effort from the top to ramp up the rioting.

Madison is, after all, a liberal city where many of these SJW's actually live. And African-Americans in Wisconsin are a special situation, as Ryan Andrews and Steve Sailer have both described.

Still, the violent threats against police officers have already begun, including open promises to murder them [Madison police: We've received threats to 'kill the first cop' if charges not filed in shooting of Tony Robinson, Twitchy, May 12, 2015]  And it only takes one person for this entire situation to set off.

Madison is not yet Ferguson or Baltimore. But in its own way, it is something more insidious. It's a city on edge, permanently on the brink of violence, scarred by deliberately created racial tensions and plagued with a permanent culture of grievance and hatred against whites.

In short, it's a typical community in the age of Obama's America.