Apropos of the former Marine’s letter about the shooting ability of blacks in the Marine Corps, US Army Lt. Gen. Ned Almond, who fought in World War I and commanded black troops in World War II, had a similar opinion.

Almond was for a time highly regarded by George Marshall, also a VMI graduate, who was Army Chief of Staff during World War II. This regard accounted in part for Almond’s promotion to major general ahead of most of his peers and subsequent command of the 92nd Infantry Division, made of almost exclusively African-American soldiers, a position he held from its formation in October 1942 until August 1945. He led the division in combat in the Italian campaign of 1944-1945.

Although George Marshall picked Almond for this assignment because Marshall believed Almond would excel at this difficult assignment, the division performed poorly in combat with Almond blaming the division’s poor performance on its largely African-American troops, echoing the widespread prejudice in the segregated Army that blacks made poor soldiers — and went on to advise the Army against ever again using African-Americans as combat troops. Almond told confidants that the division's poor combat record had cheated him of higher command.

Almond explained the problem with black troops this way:

No white man wants to be accused of leaving the battle line. The Negro doesn’t care. ... people think being from the South we don’t like Negroes. Not at all. But we understand his capabilities. And we don’t want to sit at the table with them. 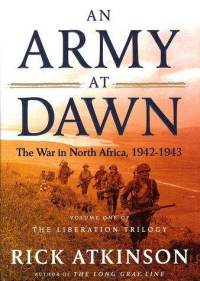 That sounds about right, given James Fulford's addendum to the letter.

Note that Wikipedia concludes that Almond’s evaluation of his black troops was not based on his experience, but instead was based upon and “echoing the widespread prejudice in the segregated Army that black made poor soldiers.” (In a related note, Rick Atkinson's 2002 book An Army At Dawn (about the North African campaign) reported this startling statistic—the VD rate for venereal disease rates in Tunisia "reached 34 cases per 1,000 white soldiers and a staggering 451 per 1,000 black soldiers.)"

I’d be interested to know if the Wikipedia writer ever served with black troops. I haven’t, but I cannot conclude that Almond is wrong.

And that observation reminds me of a story from a late friend. Being a military brat, he had lived in many places, including the American South. He asked a relative why Southern whites wanted to live apart from blacks. His uncle’s answer: “They have a little more experience with them than Northerners do.”

I submit that Almond had more experience with black troops than Wikipedia’s writer.