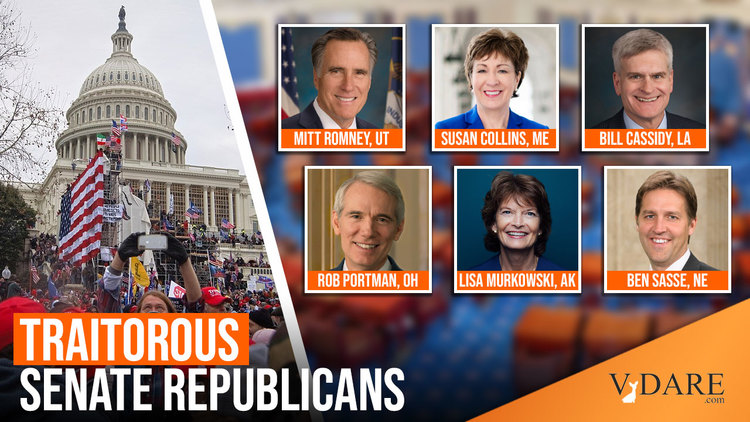 Previously: The House Votes For Oppressive January 6 Commission. 35 Treacherous Republicans Back It

Murkowski is the only one of the six up for re-election in 2022. Portman is retiring at the end of his term in 2022. Nine Republicans and two Democrats didn’t vote

This is a small win for the American people. The commission would’ve allowed Congress to subpoena and harass countless patriots and use government powers to oppress their political enemies. The commission is also pointless because Congress already had an investigation of the January 6 protests with Donald Trump’s second impeachment. The only reason for the commission is to target the political opponents of Joe Biden’s regime.

Unless Democrats eliminate the filibuster, an increasingly unlikely scenario, the dreaded commission will stay dead.