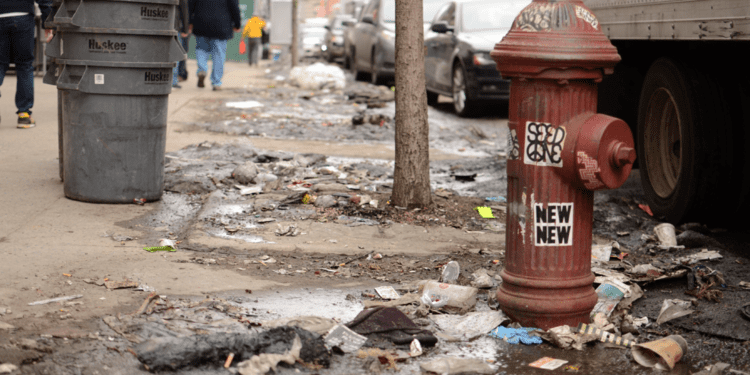 Earlier: Why Does Mentioning Latino Littering Trigger Liberals Into Rage?

One of the weirder ideological phenomena of the time is how liberals have become demented over hunting down and destroying anybody who mentions that the diverse tend to … litter.

I remain baffled over their motivation. Do they believe that when Amy Wax or Tucker Carlson mention Latino littering they are actually dogwhistling Nazi racial hygiene theory about Tainted Blood and at any moment the Penn Jewish law professor will start demanding the Final Solution for Hispanics?

Or is littering trivial enough and obvious enough that progressives figure if they can deplatform anybody who mentions even littering then they’ve won, permanently and ultimately, like the Party in 1984 expects to have won forever and ever when they get everybody using Newspeak?

For example, from Vox:

A question for conservatives: what if the left was right on race?

By “right on race,” she doesn’t mean “correct” or “scientifically accurate” or “empirically validated” on race, she means “holy”: What if the left was right all along that the right crimethinks about race? We were right that the right has impure thoughts!

On the right, race and racism, and the possibility that it’s been a big problem all along.

… To them, I’d like to pose a question, and I pose it as someone who has worked hard to understand the conservative movement and conservatism more broadly, and do so in the most generous possible light:

What if, in truth, the conservative movement’s inability to self-police itself against racism and establish firm guardrails against racists in the movement has resulted in an American right increasingly beholden to racism and racist arguments?

And what if, in truth, it’s the left that has seen this most clearly and that has been pointing it out again and again? …

Not all racism is the racism of the men who murdered 14-year-old Emmett Till in 1955.

It’s Tuesday already and this is the first “Emmett Till” reference I’ve seen all week. Doesn’t anybody even try anymore?

Sometimes it’s the racism of middle-class white liberals who fervently oppose school desegregation efforts in major cities under the belief that the presence of black children would result in plummeting school quality. …

Take, for example, the work of my colleague Zack Beauchamp, who attended the inaugural National Conservatism conference last week. One of the speakers was University of Pennsylvania Law School professor Amy Wax, who was previously removed from teaching first-year students after claiming she had never seen a black student graduate in the top quarter of the class. (Penn Law does not publicly rank students.)

During her remarks at the conference, Wax used the subject of litter to argue for an immigration policy that would prioritize white immigrants but deprioritize nonwhite immigrants. “I think we are going to sink back significantly into Third Worldism,” she said. “We are going to go Venezuela. You can just see it happening. One of my pet peeves, one of my obsessions, is litter. If you go up to Stockbridge, Massachusetts, or Yankee territory, versus other places that are quote-unquote more diverse, you are going to see an enormous difference, I’m sorry to report.”

My new Taki’s column is about Amy Wax. And littering. And some other things.