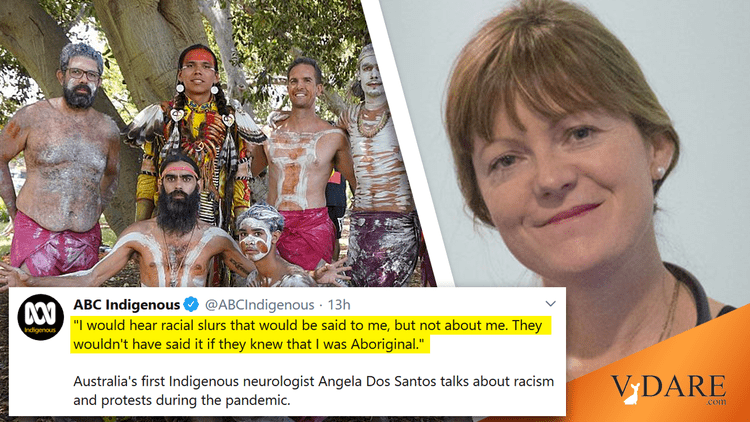 Learning from Abroad: How Australia Is Solving Its Racial Inequality Problem

"I would hear racial slurs that would be said to me, but not about me. They wouldn't have said it if they knew that I was Aboriginal."

Most countries today have a problem with Statistical Racial Inequality: Not all groups are as accomplished in each particular field as some other groups.

Australia, however, is apparently solving its racial inequality problem by letting white people, like this neurologist, declare themselves to be Aboriginals. For instance, rather than tearing down the FBI’s J. Edgar Hoover headquarters because Hoover was mean to Martin Luther King, we could just declare that Hoover was, like Gore Vidal always said he was, black. (Right, a young J. Edgar Hoover.)

We could then move on to Ulysses S. Grant, Teddy Roosevelt, Abe Lincoln, St. Junipero Serra, and Hans Christian Heg: black, one and all.