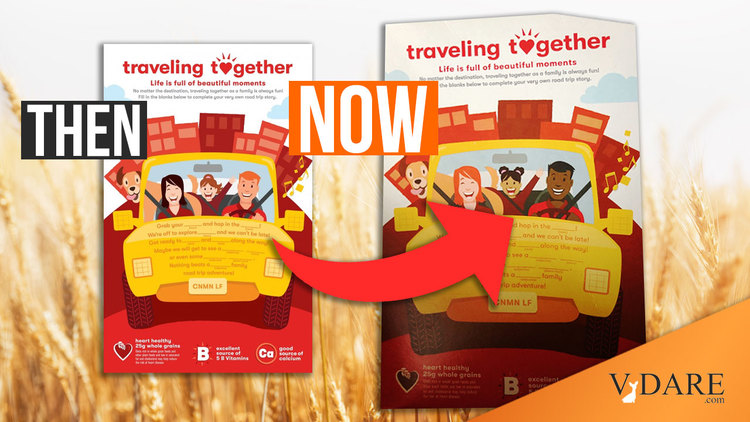 Earlier: Joe Biden—“Did You Ever Think You'd Turn On A TV And Roughly Two Out Of Three Ads Would Be A Biracial Couple Selling A Product"

The anti-white sentiments of our time have so thoroughly saturated every corner of our lives that it's hard to know where to escape.

From the list of refuge, you can scratch the enjoyment of a bowl of cinnamon-flavored Life Cereal.

For as the milk soaks into the fibers of the crunchy breakfast treat, so does the blaring message sink into kids' brains that whites must partner with non-whites to produce half-whites, for the Ultimate Beige-ing of the Universe.

Here's the front of the box. 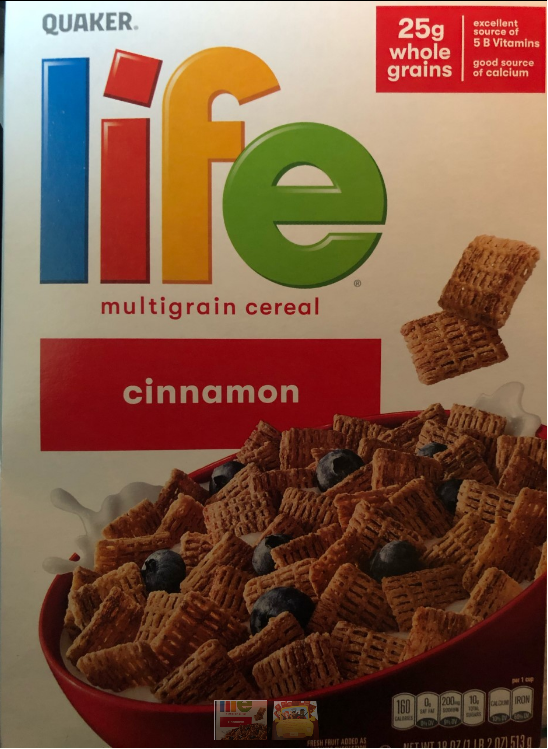 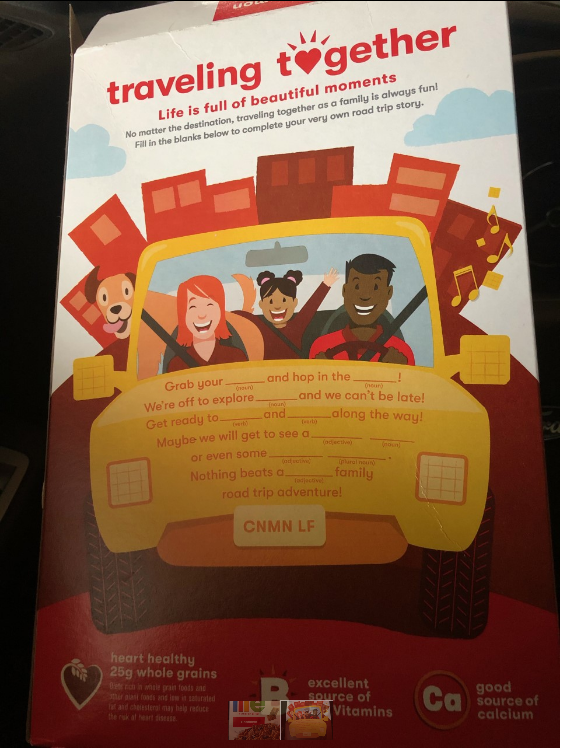 Once upon a time your kid would have stared at this image as she crunched happily at the breakfast table.  Now she’s probably looking at a device that’s basically telling her the same thing. The same company used to use this image, but they changed it...for some reason. 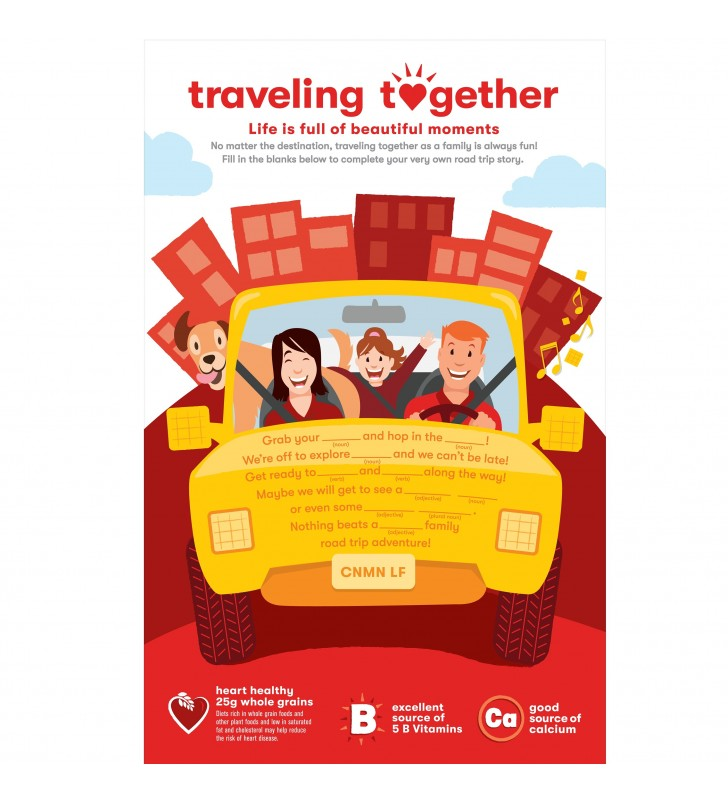