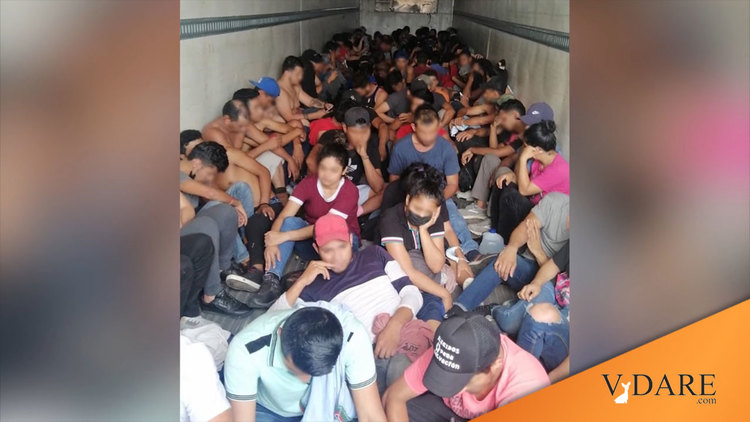 The obvious question, as we have asked before, is this: Just what percentage of the 128,845 “unaccompanied minors” who have either jumped the border or shown up at ports of entry this fiscal year are fakers? 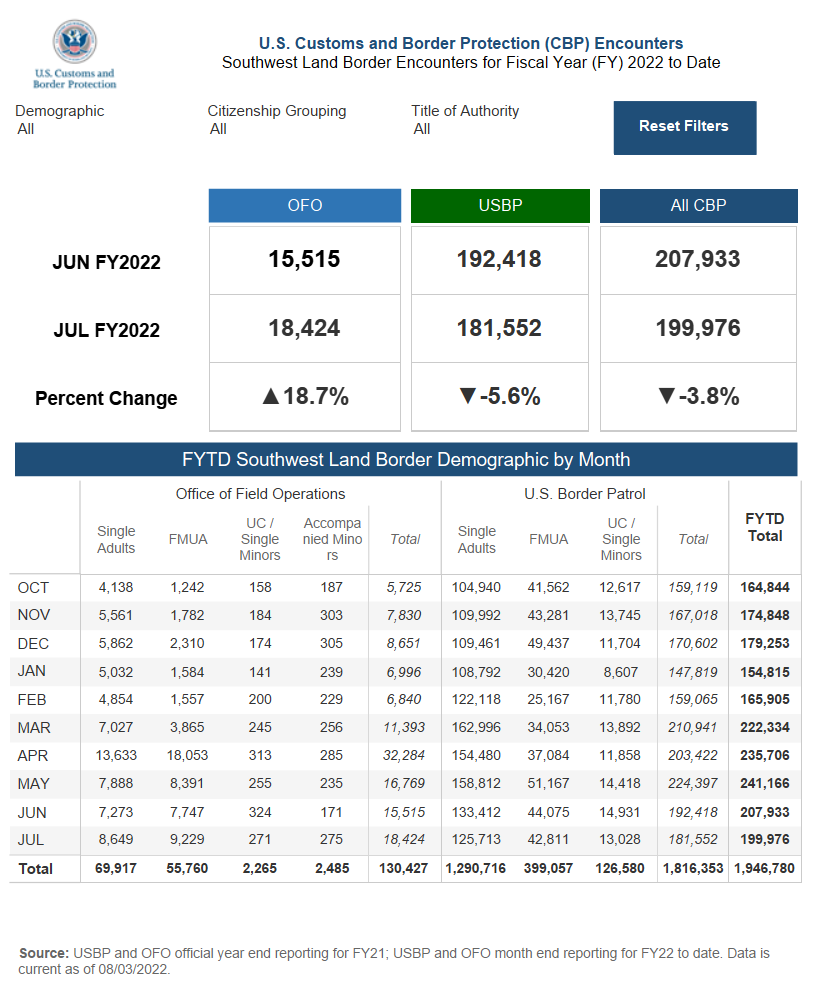 Whatever the answer, they were lucky they weren’t packed into a trailer that Del Rio sector agents stopped. It held 150 illegals, Fox News’s Bill Melugin reported.

Mexican authorities, with the assistance of Del Rio Sector Border Patrol, stopped an 18 wheeler truck with 150 migrants crammed inside being smuggled to the U.S. border. All survived.
Incredibly dangerous w/ the summer heat. 53 migrants died in a trailer in San Antonio in June. pic.twitter.com/WUjLOCALXv

As for those “migrants” who recently jumped the border in the Rio Grande Valley sector because they were “looking for a better life,” 17 were gang members, one was a murderer, and another was child molester [Dangerous Migrants Arrested in the RGV this Week, CBP.gov, August 19, 2022].

Never forget: This is what Traitor Joe Biden and his Treason Lobby subalterns wanted when he took office.